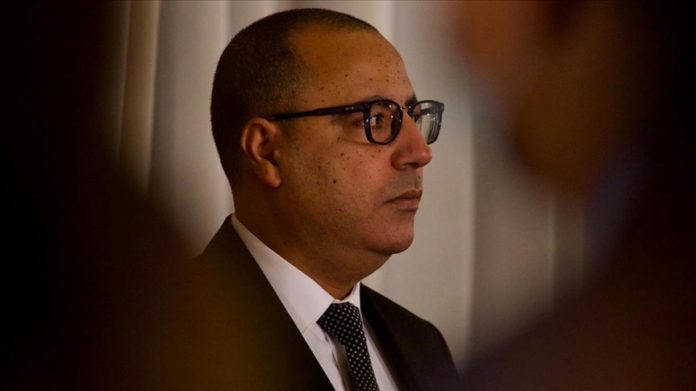 Tunisian Prime Minister Hichem Mechichi was physically assaulted at the Tunisian Presidential Palace in Carthage on Sunday before he agreed to resign, according to a London-based news website.

Quoting sources close to Mechichi, the Middle East Eye (MEE) reported that he sustained “significant” injuries and that is why he does not appear in public since then.

“He had injuries to the face, which is why he has not appeared [in public],” the sources were quoted as saying.

Anadolu Agency, however, was not able to get a comment from Mechichi or from Tunisian authorities.

On Sunday, Mechichi was summoned to the Presidential Palace where Tunisian President Kais Saied sacked him, froze work of parliament and assumed for himself his country’s executive authority.

The London-based portal said Parliament Speaker Rached Ghannouchi “evaded being summoned as he had just been released from hospital where he was being treated for Covid-19.”

Mechichi, 47, who was Saied’s choice for peime minister, was asked to step down but when he refused to resign he was beaten, according to the sources.

The news website said it understood from the sources that “non-Tunisians” were in the palace at the time of the incident.

“MEE understands that the individuals present were Egyptian security officials who have been advising Saied before the coup and directing operations as it was taking place,” according to the website.

The sources told MEE that Egyptian President Adel-Fattah al-Sisi “offered to give Saied all the support he needed for the coup” and Saied approved Sisi’s offer.

Following the incident, Mechichi returned to his home and denied reports he was under house arrest. He then issued a statement saying he will “hand over the responsibility to the person who will be entrusted by the president.”

MEE said Saied’s moves were planned by his advisors in May and that the plan “outlined a purge or wave of mass arrests” that would take place after the announcement of what is referred to as a “constitutional coup.”

Under the plan, Saied would declare a “constitutional dictatorship.”

The news website said that US officials were “unhappy about [Tunisia’s] latest development”, though, Washington was reluctant to label the development in Tunisia as a coup.

Moreover, MEE learned that Algerian President Abdelmadjid Tebboune told Saied and other prominent opposition figures in Tunisia that Algeria “will not accept Tunisia falling under Egypt’s political and military influence.”

Anadolu Agency was also unable to obtain a comment from Algerian authorities on what was mentioned in the news report.

The sources told MEE that France didn’t have a prior awareness or knowledge on Saied’s moves.

Mechichi’s relation with Saied was described as turbulent despite the fact he was Saied’s nominee for the prime minister after the government of Elyes Fakhfakh collapsed.

The Bloomberg had reported at that time that Saied, however, urged some parliamentary blocs to vote against Mechichi’s government for a reason that was not clear.

Saied’s moves on Sunday was rejected by most of Tunisia’s parliamentary blocs, including Ennahda, Heart of Tunisia, and the Dignity Coalition.

Ennahda leader and Parliament Speaker Rached Ghannouchi decried Saied’s move as nothing but a “full-fledged coup” against the Tunisian constitution, revolution, and freedoms in the country.

Tunisia is seen as the only country that succeeded in carrying out a democratic transition among a group of Arab countries that witnessed popular revolutions which toppled their ruling regimes, including Egypt, Libya, and Yemen.