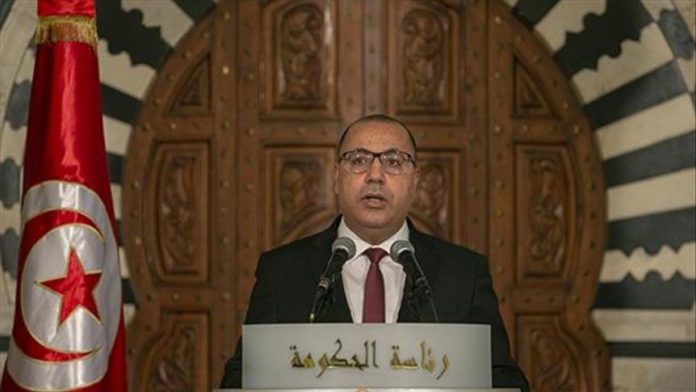 Tunisian Prime Minister Hichem Mechichi announced late Monday that he would hand over his duties when the president appoints a new premier.

Mechichi released a statement on the latest developments in Tunisia on his social media account.

He said he will not play an obstructive role in complicating the situation in Tunisia.

Noting that he will not take a position because he protects the security and rights of all Tunisians, Mechichi said he will continue to serve his country under all circumstances.

On Sunday, President Kais Saied announced that he has suspended the powers of the Tunisian parliament as well as its deputies’ immunity, dismissed Prime Minister Mechichi and said he would assume executive powers with a premier he would appoint.

Since January, the country has been in a political deadlock amid a dispute between Saied and Mechichi over a government reshuffle that the former rejected.

The country is also facing an economic crisis and a surge in coronavirus infections amid warnings of a possible collapse of the health care system.