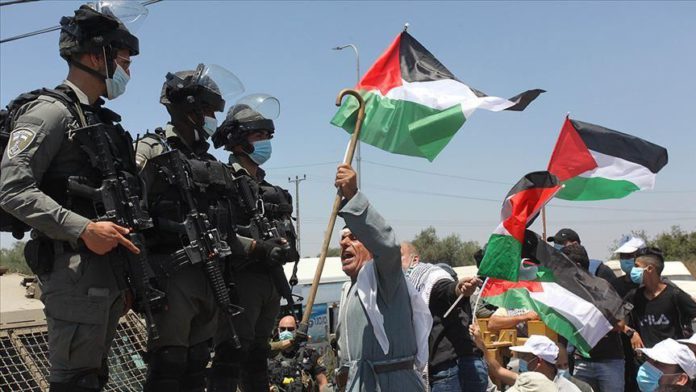 The Democratic Patriots’ Unified Party in Tunisia on Monday denounced “subversive” activities by the United Arab Emirates (UAE) Embassy in the country.

In a statement, the party accused the Gulf state of “sabotaging the course of the Tunisian revolution and seeking to return the country to tyranny”.

The leftist party denounced the UAE-Israel deal as an act of treason to the Arab world “that aims at isolating the Arab resistance in Palestine, Lebanon and Syria”.

It accused Abu Dhabi of declaring hostility to the aspirations of the Arab peoples for “freedom, dignity, and unity.”

The party also condemned the silence of the Tunisian Presidency on the UAE-Israel deal and called on the Tunisian authorities to summon the Emirati ambassador to protest his country’s interference in Tunisia’s internal affairs and to inform him of the Tunisian rejection of the normalization agreement.

Palestinian groups have denounced the UAE-Israel deal, saying it does nothing to serve the Palestinian cause and ignores the rights of Palestinians.

US stocks rise on hope for relief deal before deadline