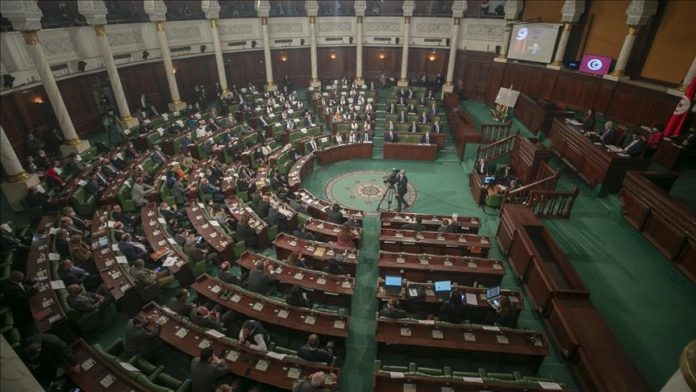 The Heart of Tunisia party on Monday denounced the dismissal of the Tunisian government and suspension of parliament by President Kais Saied as a “grave breach” of the constitution.

“The decisions taken by President Saied are a grave breach of the constitution,” the party’s parliamentary bloc said in a statement.

The party, which has 29 seats in the 217-member parliament, warned that Saied’s moves risk dragging Tunisia to the era of “one-man rule.”

The party reiterated its commitment to the rule of law and institutions, adding that it “respects electoral legitimacy and rejects any decision that contradicts its institutional outcomes.” It went on to call on all parties to address the “legitimate demands” of Tunisians and avoid “false political battles.”

The party called on the parliament to convene immediately and the prime minister “to assume his legitimate duties and to avoid creating a vacuum”, while urging the country’s security apparatus to “protect the state and its institutions, the values and principles of the republic, and ensure the security of the people.”

On Sunday, Parliament Speaker Rached Ghannouchi described Saied’s moves as nothing but a “full-fledged coup” against the Tunisian constitution, revolution, and freedoms in the country.

Soldiers deployed at parliament prevented Ghannouchi and accompanying lawmakers from entering the building.

It is not coronavirus killing camels in Kenya: Official