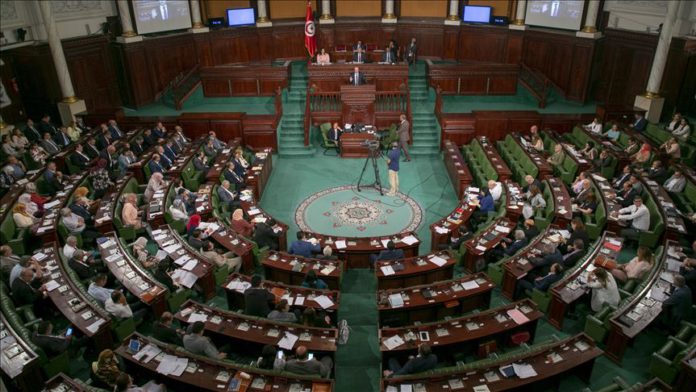 Tunisia’s parliament on Monday condemned an agreement between the United Arab Emirates (UAE) and Israel to normalize relations, regarding it as an infringement of the Palestinian people’s rights as well as a threat against the Arab and Islamic position which rejects normalization.

In a statement, the parliament “stressed its principled stand with the first cause of the Arab and Islamic world,” the Palestinian cause, “the advocates of freedom, those who reject colonialism and settlement as well as those who support the right of people to self-determination.”

It condemned “the bad prospects of this step, especially in this circumstance in which there is successive aggression against the Palestinian people along with Zionist annexation of Palestinian lands.”

It also stressed its “absolute solidarity with the brotherly Palestinian people in liberating their land and establishing their independent state with Jerusalem as its capital.”

On Monday, the head of Israeli spy agency Mossad arrived in the UAE to hold talks on the normalization agreement between the two countries.

Despite reports that the deal halted Israel’s controversial plan to annex parts of the West Bank, Israeli Prime Minister Benjamin Netanyahu confirmed his government’s continued commitment to the annexation plan.