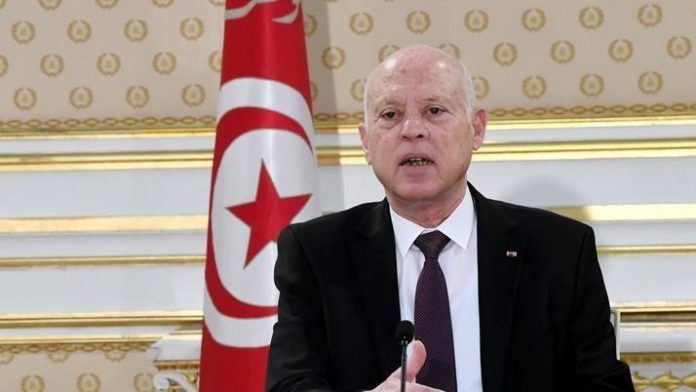 A Tunisian judge on Tuesday accused President Kais Saied of lacking a “legal formula” to dissolve the Supreme Judicial Council.

Saied “does not have any powers, neither constitutional nor legal, to dissolve the council,” Judge Rajaa Bedjaoui told Anadolu Agency.

Bedjaoui was commenting on contradictory remarks made by the Tunisian leader on the dissolution of the council during his meeting with Prime Minister Najla Boudin at Carthage Palace in the capital Tunis.

“The Supreme Judicial Council has been dissolved,” Saied told Boudin, only to say in the same meeting that “the decree to dissolve the Supreme Council is ready and will be discussed.”

On Sunday, Saied announced plans to dissolve the council, an independent constitutional body whose tasks include ensuring the independence of the judiciary, holding judges accountable, and granting them professional promotions.

The council “has become a thing of the past,” Saied said, accusing the council of becoming a place “where positions and appointments are sold according to loyalties.”

Tunisian security forces on Monday closed the council’s headquarters and prevented employees from entering it.

Bedjaoui said Saied’s move lacks a “legal formula” that forces him to “resort to the security force” to dissolve the judicial council.

“The council is elected by judges of all ranks, and the executive authority cannot dissolve it,” she added.

Anadolu Agency could not reach the Tunisian presidency for comment on the judge’s remarks.

Bedjaoui believes that there is “a systematic campaign to smear judges because they did not bow to the executive authority.”

Tension has marred Saied’s relations with the council, with the Tunisian leader criticizing the judiciary over delay in issuing rulings in cases of corruption and terrorism.

But Bedjaoui insists that the council does not look into corruption issues.

Tunisia has been seen as the only country that succeeded in carrying out a democratic transition among Arab countries which witnessed popular revolutions toppling ruling regimes, including Egypt, Libya, and Yemen.