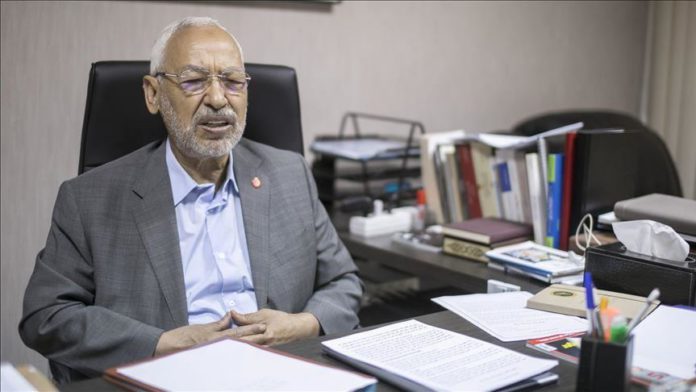 Tunisia’s parliament speaker on Wednesday expressed sorrow over the loss of some 135 lives in a massive explosion that rocked the Lebanese capital Beirut.

“The Tunisian deputies and people stand in solidarity with the Lebanese people,” Rached Ghannouchi said in a phone conversation with his Lebanese counterpart Nabih Berri, according to a written statement by Tunisia’s parliament.

Ghannouchi stressed that Tunisia is ready to provide all necessary assistance to the people of Lebanon.

A fire at a warehouse containing explosives at the Port of Beirut led to a massive blast Tuesday, leaving 135 people dead and nearly 5,000 injured.

The explosion caused massive damage in several neighborhoods of the capital.

President Michel Aoun cited ammonium nitrate as the source of the explosion, which leveled a three-story building and was heard across the city and its suburbs.

Lebanon’s Supreme Defense Council has declared Beirut a disaster zone and announced a state of emergency in the capital for two weeks.

Tuesday’s explosion deepens the woes of the country, which for months has been grappling with a severe economic crisis and deep political polarization.