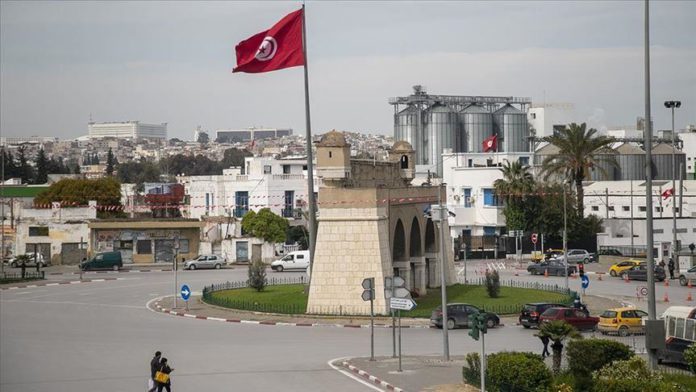 Tunisia is stepping up its engagements with Libya after nearly six years of diplomatic absence, with the country announcing the appointment of Assaad Ajili as its new ambassador to Tripoli.

The recent move is an indication of “new changes in Tunisia’s diplomacy in the official handling of the Libyan crisis,” according to analysts and former diplomats who spoke to Anadolu Agency.

Similarly, some analysts believe that improvement in the internal Libyan security situation and the cease-fire have encouraged Tunisia’s renewed diplomatic relations with Libya.

Since Aug. 21, a cease-fire has been agreed in Libya, despite frequent violations by forces loyal to the warlord Khalifa Haftar.

In an interview with Anadolu Agency, former Tunisian diplomat Bashir Jouini said the appointment of the Tunisian ambassador to Libya is the first since 2014.

According to Jouini, Ajili is familiar with the Libyan crisis and was commissioned by the Tunisian Ministry of Foreign Affairs in January 2019 to conduct studies and research on relations between the two countries.

The Tunisian embassy in Libya as well as the consulate general were closed in October 2014 and July 2015 respectively due to the deteriorating security situation and the kidnapping of Tunisian diplomats.

Prior to the recent appointment of Ajili, Ridha Boukadi was the last Tunisian ambassador to Libya, who submitted his resignation to late President Beji Caid Essebsi in February 2015.

The embassy and consulate were reopened in April 2016, and then Tawfiq Al-Qasimi was appointed consul general of Tunisia in Libya in 2018.

Tunisian former Foreign Minister Ahmed Wanis told Anadolu Agency that although Tunisia’s diplomatic representation in Libya has been absent, its efforts in resolving the political crisis have been persistent, especially considering the presence of a large Tunisian diaspora there.

Wanis pointed out that a number of Tunisia’s diplomats have been kidnapped or harassed in Libya while journalists have also been kidnapped.

In September 2014, two Tunisian journalists — Sofiene Chourabi and Nadhir Al Qatari — disappeared in Libya while they were conducting an investigation for the private television channel Frist TV about the Petroleum Facilities Guard in the region of Ajdabiya. Their whereabouts have been unknown since Sept. 8 of the same year.

A number of conflicting news reports have been circulating about their killing or detainment in prisons run by Haftar’s militia.

“Security was absent in Libya. Tunisia did not want to fall into the trap of terrorism and kidnappings, so it withdrew its diplomatic representation,” Wanis added.

Progress towards ending the political crisis in Libya has encouraged Tunisia’s recent diplomatic move in the oil-rich country, said Wanis, adding Tunisia is keen to “influence the choices of the Libyan brothers by offering advice and expressing solidarity.”

For his part, Abdallah Al-Obeidi, a former Tunisian diplomat and expert on foreign relations, told Anadolu Agency that it is too early to comment on the impact of Tunisia’s diplomatic return to Libya.

“The assessment of the Tunisian government may be that the situation in Libya is heading towards a settlement and calm which allows the presence of an ambassador in Libya. We also have a community and Tunisian families in Libya that deserve some consular services,” he said.

According to Al-Obeidi, Libya has been an important economic partner for Tunisia and the two countries share a border, which are factors that give Tunisia incentives to play a role in the Libyan political scene.

On the other hand, the former ambassador Tawfiq Wannas believes that the diplomatic return has been steered by current President Kais Saied and has been facilitated by an improvement in Libya’s security situation and the ongoing cease-fire between the warring parties.

“Saied made efforts to bridge the gap between the Libyan factions and has met with Libyan representatives, UN officials — including recently the head of the United Nations Mission in Libya Stephanie Williams — and the commander of the American military command in Africa [AFRICOM],” said Wannas.

Diplomatic efforts have been underway in recent weeks to reach a solution to the Libyan conflict following victories made by the Libyan Army against Haftar’s militias.

*Ibrahim Mukhtar has contributed to this report from Ankara