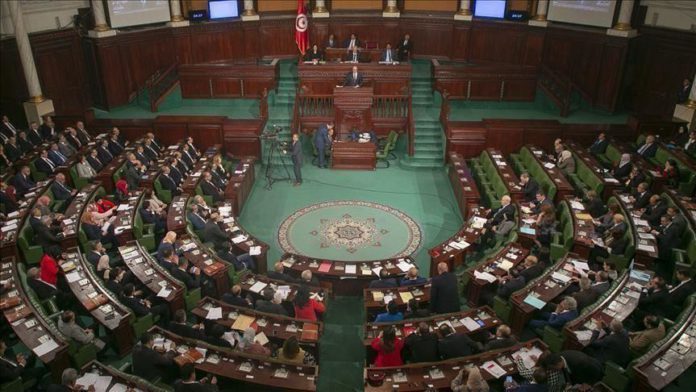 Tunisian Parliament Speaker Rached Ghannouchi said on Thursday his country needs social and political stability to deal with the challenges it is facing, voicing a better tomorrow for his country because of its “culture of freedom and democracy”.

Ghannouchi, who heads Ennahda Movement, made the statement during a handover ceremony in which Elyes Fakhfakh handed over the reins of Prime Ministry to Hisham El-Mechichi in the capital Tunis, with the participation of political figures and heads of national organizations and constitutional bodies.

“Stability is necessary for the country’s progress,” continued Ghannouchi, hailing the peaceful transfer of power as “a manifestation of maturity and civilization” which will help Tunisia progress further.

He added: “Tunisia today is rooted in the culture of freedom, democracy, and human rights, and therefore it will have a better tomorrow.”

El-Mechichi is the ninth prime minister of the country since the 2011 revolution. He was the interior minister before Tunisian President Kais Said tasked him to form a new government after Fakhfakh’s resignation.

The former prime minister submitted his resignation to the president on July 15, after more than 100 lawmakers pushed for him to face a no-confidence vote, over suspicions of corruption and conflicts of interest.

* Ibrahim Mukhtar contributed to this report from Ankara.

ANALYSIS – European Council conclusions: How can they shape stalled EU-Turkey...