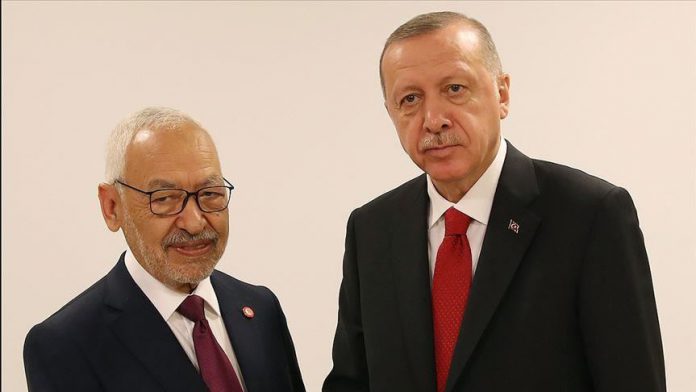 The Tunisian Free Constitution Party said on Monday it was preparing a petition to withdraw confidence from Tunisian Parliament Speaker Rached Ghannouchi, who is also the leader of the Ennahda party.
The head of the Free Constitution Party’s parliamentary bloc, Abir Moussi, accused Ghannouchi of mismanagement and irregularities, represented in his recent visit to Turkey where he met with Turkish President Recep Tayyip Erdogan without informing the parliament on the outcome of the meeting.

She added that according to the Tunisian law, the no-confidence vote against the speaker required the signatures of 73 lawmakers, as well as a simple

Germany calls on Russia ‘to lift noose from Ukraine’s neck’