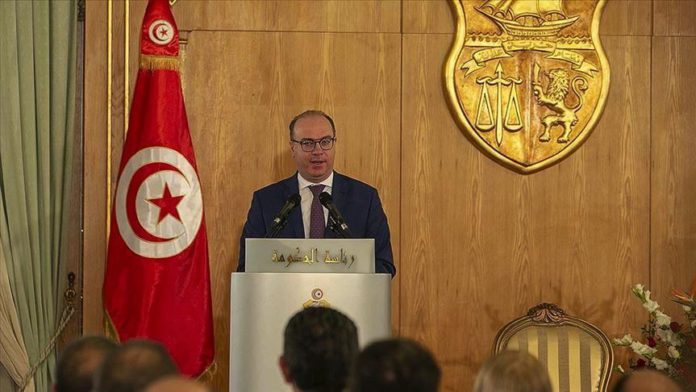 Tunisian Prime Minister Elyes Fakhfakh announced Sunday that the country has achieved a victory against the novel coronavirus as it has recorded almost no new new cases.

Fakhfakh made the statement on a local TV channel, saying Tunisians should be proud of themselves for beating the virus.

“We came out of this crisis with really important health consequences and the least damage,” he said.

He noted that the country would reopen its borders on June 27.

Fakhfakh stressed that since the onset of the pandemic, the country has brought back 25,000 citizens from abroad.

The Health Ministry stated that the number of cases in the country totaled 1,096 and the death toll remained at 49 while recoveries had reached 998.

The pandemic has killed nearly 433,000 people worldwide, with more than 7.8 million confirmed cases, while recoveries have surpassed 3.7 million, according to figures compiled by Johns Hopkins University of the US.