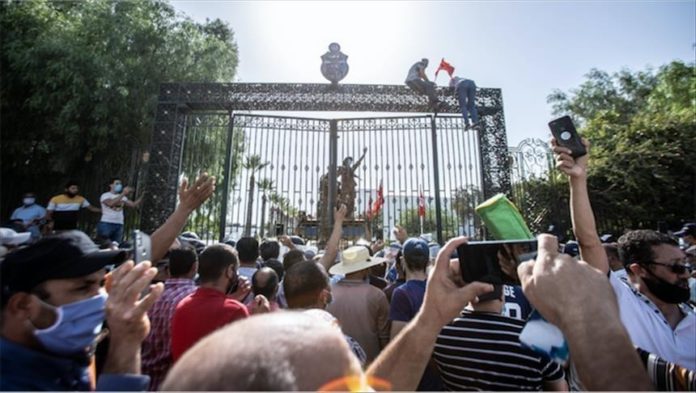 The Islamic Group in Lebanon has decried Tunisian President Kais Saied’s move to oust the government and suspend parliament as a “coup” against the will of the Tunisian people.

The move was rejected by most of Tunisia’s parliamentary blocs, including Ennahda, Heart of Tunisia, The Dignity Coalition, and the People’s Movement.

“What happened (in Tunisia) is a new attempt to eliminate the democratic path in the country…and subjugate the Tunisian people again to tyranny,” the Islamic Group, one of the largest Sunni movements in Lebanon, said in a statement.

“Those who stand behind such coups still work to eliminate any glimmer of hope for freedom and democracy,” the statement said.

Following Saied’s decisions, Parliament Speaker Rached Ghannouchi described Saied’s move as nothing but a “full-fledged coup” against the Tunisian constitution, revolution, and freedoms in the country.