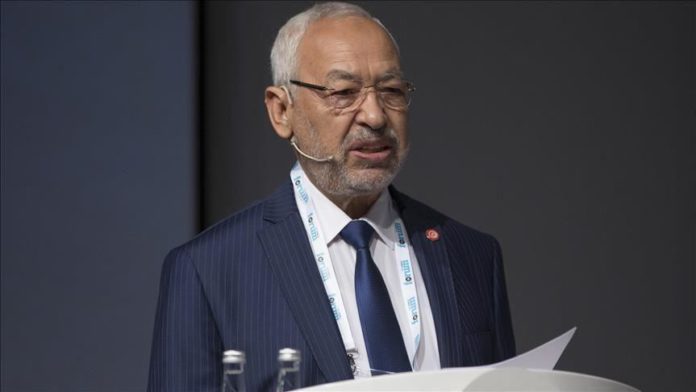 The speaker of Tunisia’s parliament on Thursday denounced Israeli practices against Jerusalem’s flashpoint and one of the holiest sites in Islam, the Al-Aqsa Mosque.

Speaking over phone with Sheikh Ekrema Sabri, preacher of the Al-Aqsa Mosque, Rached Ghannouchi reiterated Tunisia’s solidarity with the Palestinian people, said a statement by Ennahda Movement, a political party in Tunisia.

“Tunisia’s position, state and people reject the policies of Judaization and the seizure of Palestinian lands,” Ghannouchi was quoted as saying.

He stressed Tunisia’s support for the right of regaining the Palestinian lands, which have been illegally occupied since decades, and establishing an independent state with Jerusalem as its capital.

The two officials called for “solidarity and synergy around the issue of Al-Aqsa Mosque.”

The development came after Sheikh Sabri’s statement that gates of Al-Aqsa Mosque would be reopened in case the Israeli police allowed Jewish settlers to storm it again.

Prayers at the mosque had been suspended as a preventive measure to curb the spread of coronavirus.

Palestinians fear that Israeli hardliners are trying to take control of the site.