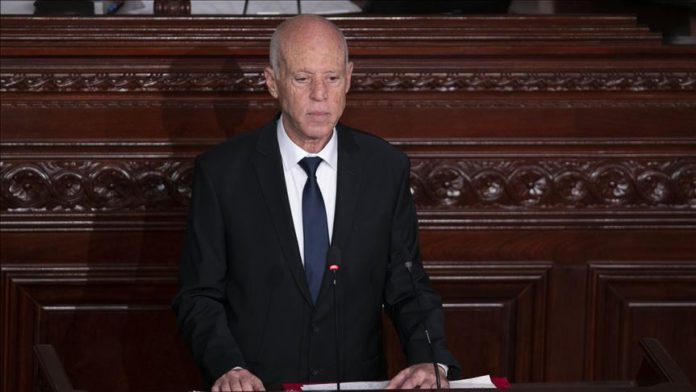 Tunisian President Kais Saied on Wednesday said that the army will take action against conspirators.

“Everyone who conspires against the Tunisian state has no place […] the Tunisian army is ready at any time and any place and will confront anyone who infringes upon the state,” he said in a statement issued after his visit to the army headquarters in the northern province of Bizerte.

Saied also vowed “to foil the chaos they are trying to bring in the country”.

Tunisia is facing a severe political crisis as the opposition Free Constitutional Party set a strike inside the parliament demanding a no-confidence vote against Parliament Speaker Rached Ghannouchi.

A number of Tunisian lawmakers consider the call by Abir Moussi, head of the Free Constitutional Party bloc, a move to disrupt the parliament.