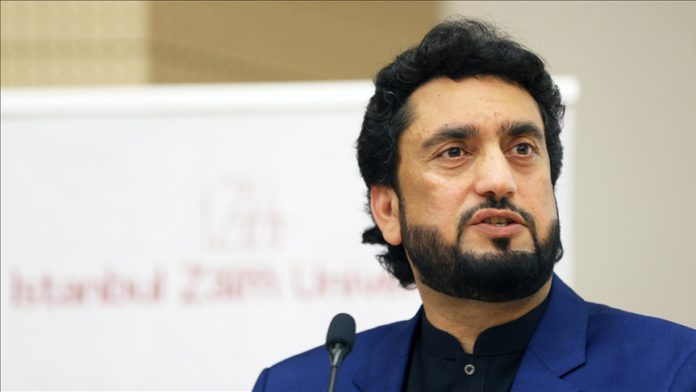 Pakistan on Tuesday said that India should be tried for “criminally” launching a disinformation campaign to mislead the world opinion against Pakistan and Jammu and Kashmir.

“India should be tried for criminally misleading the world opinion as EU DisinfoLab had fully exposed a network of fake media outlets and NGOs created by India to mislead the world opinion, “said Shehryar Khan Afridi, chairman of the Pakistan Parliament’s Committee on Kashmir.

In November last, a 15-year-long campaign to “denigrate” Pakistan and Kashmir at international forums was busted by a Europe-based disinformation watchdog.

The EU DisinfoLab exposed a disinformation campaign that targeted the European Union and UN with over 750 fake local media outlets and more than 10 sham non-governmental organizations.

“To do so, they resurrected dead NGOs at the UN. They impersonated the EU. They laundered content produced by fake media to real media — and reached millions in South-Asia and across the world,” the watchdog said.

Addressing a seminar in capital Islamabad to mark the “right to self-determination day” of Jammu and Kashmir, Afridi said New Delhi was using hundreds of “fake NGOs, fake media organizations and fake websites to mislead the world opinion on Kashmir and EU Disinfo Lab had fully exposed the Indian vicious designs”.

“Kashmiri people ask UN Security Council to materialize its commitment to hold an impartial and free plebiscite to decide their fate independently, “he said.

Since 1947, Muslim-majority Jammu and Kashmir is divided between Pakistan and India. The region has been the source of heightening tensions between the two nuclear rivals, particularly after New Delhi’s controversial revocation of the region’s longstanding semi-autonomous status in Aug. 2019.

Afridi said the tribal Pashtuns had joined hands with the Kashmiri freedom fighters to help liberate Jammu and Kashmir in 1948 and even today, the people of Pakistan stand by Kashmiris through thick and thin.

He was referring to a tribal force, which comprised thousands of tribesmen from neighboring North-West Frontier Province (now Khyber Pakhtunkhwa) and marched into Jammu and Kashmir to liberate it from the Hindu Dogra ruler Hari Singh soon after India and Pakistan achieved freedom from the British in August 1947.

Prime Minister of Pakistan-administered Kashmir, also known as Azad Jammu and Kashmir, Raja Farooq Haider in his remarks, said that Indian forces were present in the region even before “freedom fighters” launched their movement to liberate the region.

He urged the Pakistan government to adopt an “effective and robust policy on Kashmir and said that Kashmiris should themselves fight the case of Kashmir”.

US' Esper: 'Most believe' Beirut blast an accident