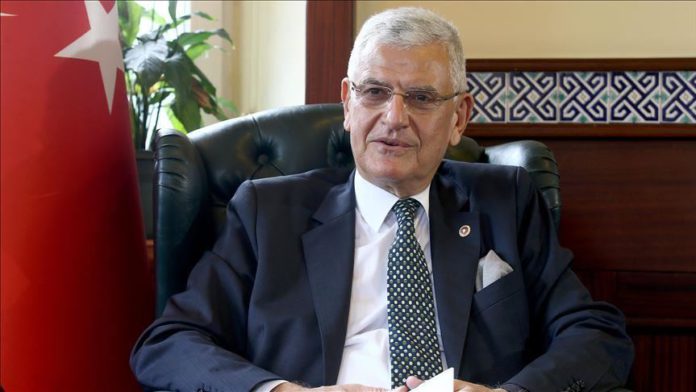 Volkan Bozkir on Thursday credited international “trust and belief” in Turkey for his election as UN General Assembly president.

The General Assembly on Wednesday elected Bozkir, a former Turkish ambassador, to be its president ahead of the 75th General Debate in September.

In a secret ballot, Bozkir, who ran unopposed, got 178 votes from the body, with 11 abstentions.

Speaking to Anadolu Agency, Bozkir said: “My election to the presidency means the recognition of Turkey’s policies by all the countries of the world.”

Winning 178 votes in such a ballot was unprecedented for Turkey, Bozkir said.

“There was a great deal of support all over the world,” he added.

“All of this is due to the trust in our country, the belief that we can do this job well,” Bozkir said.

Just after his election, Bozkir wrote on Twitter: “I am thankful to all UN member states, for electing me with an overwhelming majority, as the President of the 75th UN General Assembly.”

“As we mark the 75th anniversary of the UN, I will guide the efforts to contribute to international peace, in the challenging times we live in,” he vowed.

Bozkir is currently a ruling Justice and Development (AK) Party lawmaker from Istanbul and the head of parliament’s Foreign Affairs Committee.

He also served as Turkey’s minister of European affairs and chief negotiator in the nation’s EU accession talks.