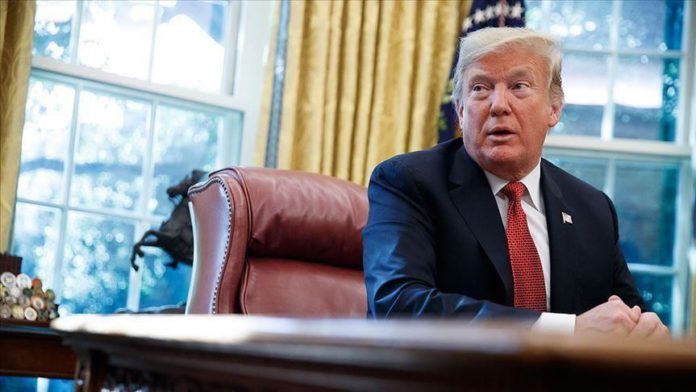 US President Donald Trump’s nomination of Moncef Slaoui to head the anti-COVID-19 vaccine program has brought cheers, thousands of miles away in the North African country of Morocco.

Slaoui, 61, a former professor of immunology at the University of Mons, Belgium was born in Agadir, Morocco. Those close to him said that his sister had died from whooping cough, while they were growing up in the African country bordering the Atlantic Ocean and the Mediterranean Sea.

Since then he never looked back. He has spent his career attacking the under-researched diseases that plague the developing world.

“Salaoui already has a cervical-cancer vaccine and a pneumococcal immunization to his credit, and in 2015 he won European approval for the world’s first malaria vaccine, which could limit the spread of a disease that kills more than half a million people a year,” said the New York-based American multinational business magazine Fortune.

Trump has compared his vaccine initiative called Operation Warp Speed, to the Manhattan Project that developed the atomic bomb in the 1940s.

Holding triple doctorates in molecular biology and immunology from the Free University of Brussels, Harvard Medical School, and Tufts University, Salaoui had previously worked as head of the vaccine department at the of GlaxoSmithKline company.

He has several scientific achievements and patents to his credit such as vaccines to prevent stomach and intestine infections, cervical cancer, malaria, and Ebola.

Morocco-based newspaper Akhbar Alyoum said a blessing in disguise of COVID-19 pandemic was recognizing and the talent of Moroccan-born scientists. The newspaper hoped justice will come to other Moroccan talents as well.

The scientist left Morocco at the bare age of 17 to pursue studies in medicine in France. After graduation, he moved to Belgium for higher studies, where he married his colleague, who is a specialist in neuroscience.

After serving a university in Brussels for 27-years, he shifted to the U.S. to teach at the Harvard University in Boston and contribute to the discovery of the many vaccines.

He supervised the development of 24 new vaccines to combat viruses from 2011-2016, which were formally approved by the U.S. Food and Drug Administration.

To combat the COVID-19 Slaoui was engaged with several pharmaceutical companies, such as GlaxoSmithKline which is developing a vaccine in collaboration with Sanofi company.

Appearing on a Moroccan TV channel on April 12, he said there are 800 clinical studies currently being undertaken to develop vaccines that can reduce the infection rate and reproduction of the virus.

He said that it is possible to have a vaccine against the COVID-19 by the end of this year or early 2021.

He succeeded Rick Bright, who was tasked with developing vaccine before Trump fired him last April after he refused to use the anti-malaria drug hydroxychloroquine for treating coronavirus patients.

Morales: Unite against those who sell their homeland