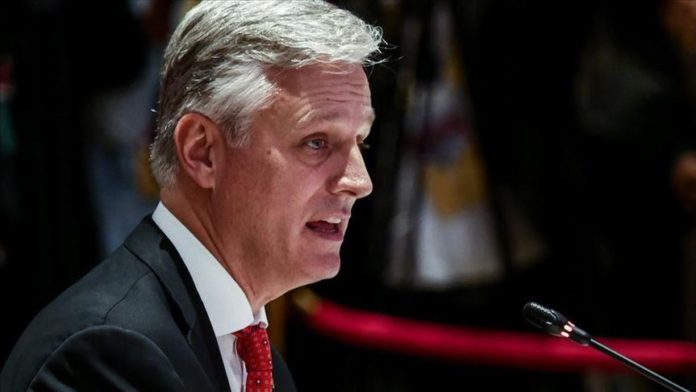 Robert O’Brien, outgoing US President Donald Trump’s national security adviser, said Monday that there will be a “professional transition” of power to President-elect Joe Biden’s team “if the current lawsuits don’t work out.”

O’Brien told American news outlet The Hill at the Global Security Forum that Trump may still win a second term if the courts find out there was widespread voter fraud.

“If there is a new administration, they deserve some time to come in and implement their policies,” he said. “We may have policy disagreements but look, if the Biden- [Vice President-elect Kamala] Harris ticket is determined to be the winner — and obviously things look that way now — we’ll have a very professional transition from the National Security Council. There’s no question about it.”

Citing the example of George W. Bush-Al Gore transition when it did not start until mid-December, he said: “The great thing in the United States of America, we’ve passed the baton and had peaceful successful transitions even in the most contentious periods.”

“And if we’re in a situation where we’re not going into a Trump second term, which I think people, where I’m sitting in the White House, would like to see, if it’s another outcome, it will be a professional transition, there’s no question about it,” he added.

Meanwhile, the Biden team is urging the US General Services Administration to “move quickly” on certification of a presidential transition team which is currently on hold.

Biden is expected to press ahead with Cabinet picks despite Trump’s reluctance to concede.