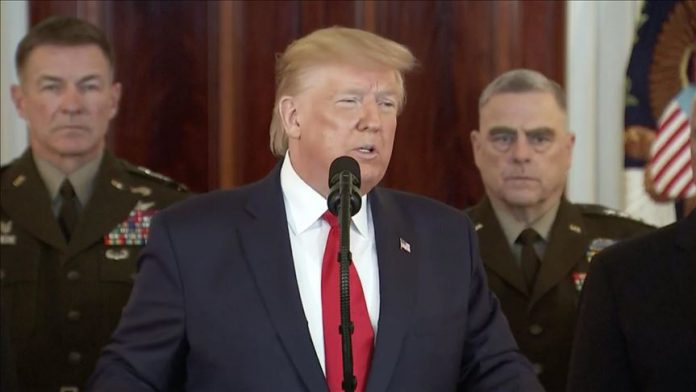 Iran “appears to be standing down” after it launched a barrage of missiles at Iraqi facilities that host U.S. and coalition forces, President Donald Trump said Wednesday.

“Iran appears to be standing down, which is a good thing for all parties concerned, and a very good thing for the world,” Trump said, flanked by top military and administration officials.