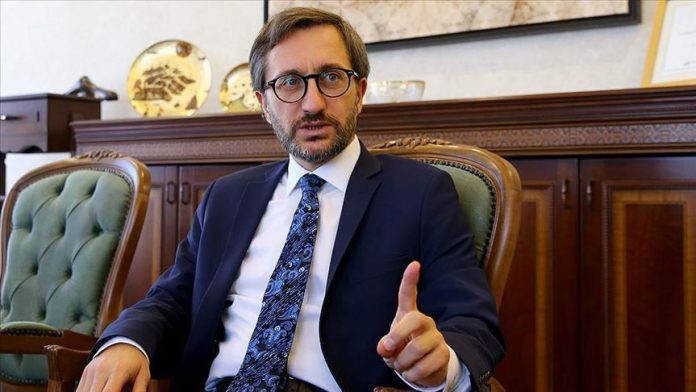 “This so-called ‘peace plan’ is simply a declaration attempting to legitimize the Israeli occupation and settlements,” Fahrettin Altun wrote on Twitter.

“It is neither an implementable plan nor a fair assessment of the situation on the ground. It seeks to satisfy Israel while squashing Palestinian aspirations.”

On Tuesday, U.S. President Donald Trump released his much-hyped plan to end the Israel-Palestine dispute at the White House with Israel Prime Minister Netanyahu by his side.

There was, however, no Palestinian