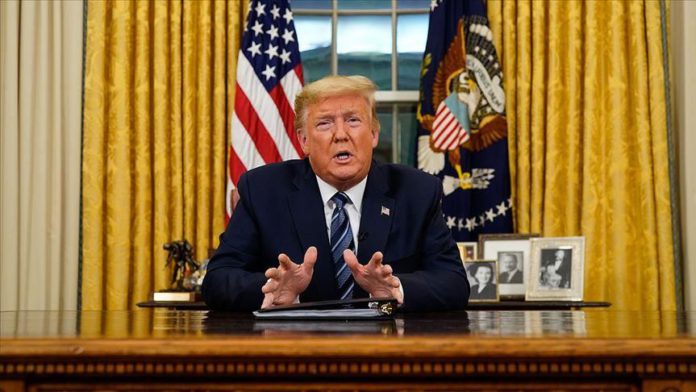 A member of the US military who works at the White House has tested positive for COVID-19 virus, executive mansion spokesman Hogan Gidley said Thursday.

“We were recently notified by the White House Medical Unit that a member of the United States Military, who works on the White House campus, has tested positive for Coronavirus. The President and the Vice President have since tested negative for the virus and they remain in great health,” Gidley told CNN and said the military official works as a valet to the president.

According to CNN, valets are members of an elite military unit and often work very close to the president and the first family.

The president was “upset” when he learned Wednesday the valet tested positive, CNN said, citing a source.

Trump received his first test in March and a second in April, both of which were negative. But the latest news reveals he is at risk of being exposed to the virus that has infected more than 1.2 million nationwide.

More than 74,000 people have died from the coronavirus in the US.