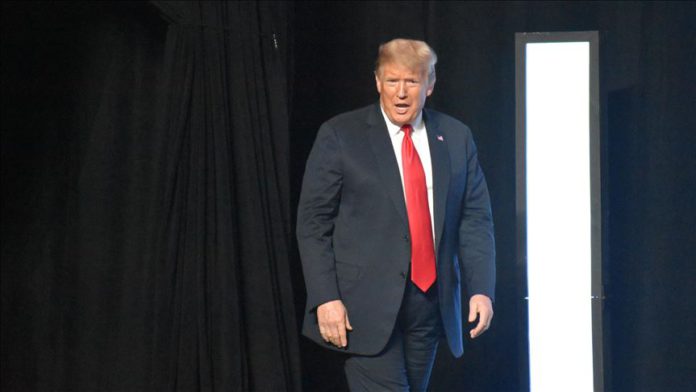 US President Donald Trump allegedly cheated on his college entrance exam by paying someone else to take it for him, according to an upcoming book by his niece.

“The high score the proxy earned for him, Ms. Trump adds, helped the young Mr. Trump to later gain admittance as an undergraduate to the University of Pennsylvania’s prestigious Wharton business school,” The New York Times, which obtained a copy of the book, reported Tuesday.

The Scholastic Aptitude Test, or SAT, is a standardized test that is designed to measure basic reading, math and writing skills. Most colleges and universities in the US request SAT score results from applicants in order to make admission decisions.

After completing high school in Queens, New York City, Trump received a bachelor’s degree in economics from the Wharton School of the University of Pennsylvania.

Mary Trump’s book, Too Much and Never Enough: How My Family Created the World’s Most Dangerous Man, is set to be published next week.

“Mary Trump and her book’s publisher may claim to be acting in the public interest, but this book is clearly in the author’s own financial self-interest,” Mathews told American news site Business Insider. “President Trump has been in office for over three years working on behalf of the American people – why speak out now?”

“Also, the absurd SAT allegation is completely false,” she added.

European states should be fair in E.Med, Erdogan tells Merkel