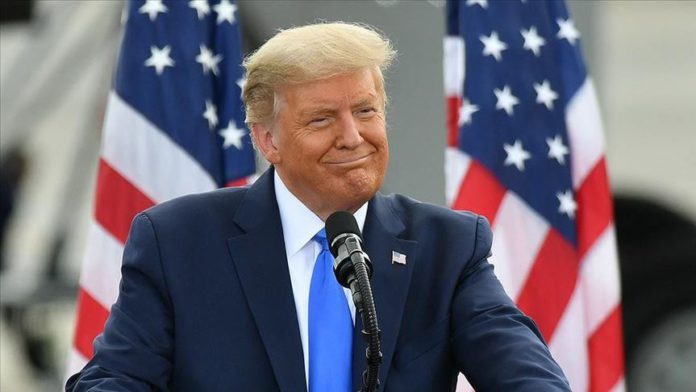 US President Donald Trump’s tweet on Saturday claiming election victory has garnered huge support from his Twitter followers with over 883,200 retweets and 1.1 million likes, second only to his Oct. 2 tweet announcing his positive coronavirus test result that received 909,600 retweets and 1.8 million likes.

”I WON THIS ELECTION, BY A LOT!” Trump tweeted following media reports on Saturday that his Democratic rival Joe Biden has won the election by securing the needed 270 electoral votes.

Trump, however, has not conceded defeat and continued his post-election battle, vowing to take the ”fraud” in several swing states to the Supreme Court.

According to a report by US news outlet Axios citing presidential advisers, the president is also planning a number of rallies in key states to reach out to his base amid ongoing social media censorship on his posts. He is also expected to announce the formation of vote recount teams in Pennsylvania, Arizona, and Georgia, three states Trump won in 2016.

Nearly 40 House Republicans penned a letter Friday to Attorney General William Barr urging him to ensure the integrity of the 2020 presidential election during which a record number of mainly Democrat Americans voted early and predominantly via mail-in-ballots in line with calls from party leadership.

”Tonight, @FLOTUS and I tested positive for COVID-19. We will begin our quarantine and recovery process immediately. We will get through this TOGETHER!” still stands as the most retweeted post by Trump ever.

During his reelection campaign this year, Trump tweeted 5,020 times from Jan.1 to Nov. 3., according to Tweetbinder, a social media monitoring website.

Since he has opened his official @realdonalttrump Twitter account in 2009, he has sent over 46,000 tweets. If Joe Biden takes oath as the new president of the US on Jan. 20, Trump will lose his ”world leader” privilege and his account may even be suspended by Twitter if he continues to ”violate” the rules of the company.