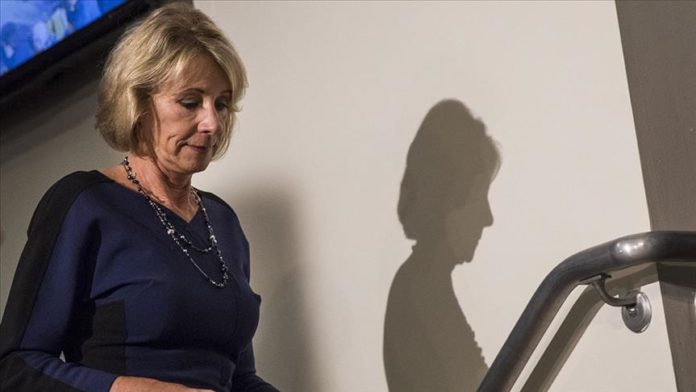 US President Donald Trump’s Secretary of Education Betsy DeVos announced late Thursday she is resigning immediately amid riots in Capitol Hill that caused the death of five people.

In her resignation letter sent to Trump, DeVos said she has seen “enough” this week when the outgoing president’s supporters clashed with the police, stormed the Capitol building and forced Congress members to evacuate when they had started their session to formally certify of Joe Biden’s presidential win.

“Impressionable children are watching all of this, and they are learning from us. I believe we each have a moral obligation to exercise good judgment and model the behavior we hope they would emulate,” she wrote in her letter.

DeVos, 63, has become the latest name in a long list of resignations in the Trump administration amid the riots, which includes US Special Envoy for Northern Ireland Mick Mulvaney who was Trump’s former chief of staff, and Transportation Secretary Elaine Chao announcing Thursday their resignations.