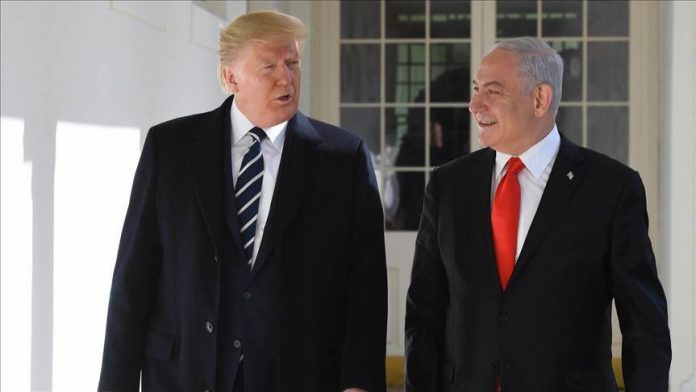 Even as the U.S. President Donald Trump on Tuesday announced his controversial plan for Palestine, commentators said the so-called deal was aimed at rescuing beleaguered Israeli Prime Minister Netanyahu from corruption charges and also to help him in the upcoming elections.

“Trump is trying to boost the position of Netanyahu in the elections scheduled in March by projecting him getting all that Israeli far-right groups have been demanding. Therefore, he should have the mandate to become the next prime minister again,” said Sami al-Arian, director of Istanbul-based Center for Islam and Global Affairs (CIGA).