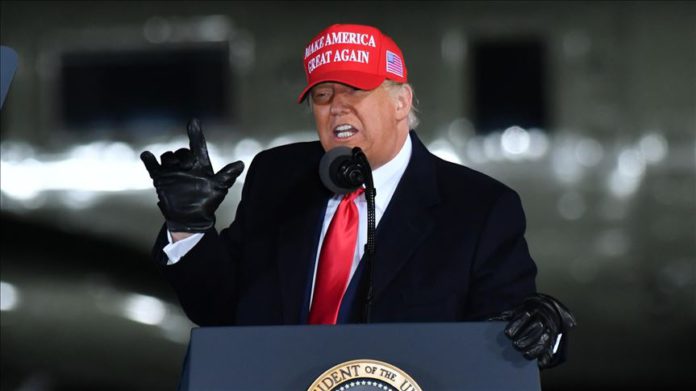 US President Donald Trump said the Republicans will legally challenge ballots being counted after the Election Day on Nov. 3.

“I think it’s a terrible thing when ballots can be collected after an election … when people or states are allowed to tabulate ballots for a long period of time after the election is over because it can only lead to one thing,” he told reporters in Charlotte, North Carolina on Sunday in response to a question about an Axios report earlier that he planned to declare victory if he appears to be leading the race, which he dismissed as ”false.”

Slamming the Supreme Court for its ”terrible decision” on extending mail-in-ballot time frame in a few states, the president reiterated that “there is great danger” in collecting ballots after the Election Day, and added there can be “fraud and misuse” if that happens.

“We’re going to go in night of, as soon as that election is over, we’re going in with our lawyers. We don’t want them [Democrats] watching ballots come in,” he warned.

Trump’s statements come as the Supreme Court has recently decided in two separate cases to allow ballots to be received after the Election Day in many swing states.

The top court in the US ruled last week that ballots received via mail will be counted in states of North Carolina and Pennsylvania that are not postmarked after the Election Day but arrive nine and three days after Nov. 3, respectively.

While the rulings represented a victory for Democrats, the Supreme Court, however, maintained a Nov. 3 deadline for the mail-in ballots in the state of Wisconsin.

Trump had surprisingly won Wisconsin in 2016 presidential election against Democratic contender Hillary Clinton by a margin of 0.77% to gain 10 electoral votes, but this time he is behind Biden by 4 points in the Badger State, according to the latest polls by opinion analysis website FiveThirtyEight.

The president is trailing Biden by 2 points in North Carolina where he won in 2016 to gain 15 electoral votes, and he is behind Biden by 6 points in Pennsylvania where he defeated Clinton by a margin of 0.72% and gained the states’ 20 electoral votes.

Latin American countries struggle to get back to normal