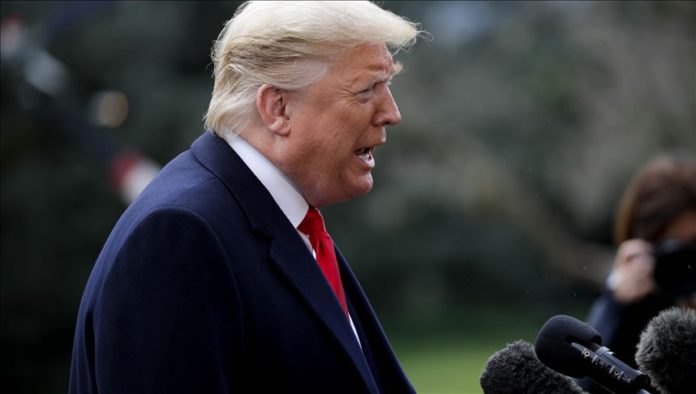 US President Donald Trump on Wednesday walked back his claim that a massive blast that shook Lebanon’s capital and its suburbs to the core was an attack, saying “I don’t think anyone can say right now.”

“Whatever happened, it’s terrible. But they don’t really know what it is. Nobody knows yet. At this moment, they’re looking. How could you say accident?” he told reporters. “Somebody left some terrible explosive-type devices and things around, perhaps. Perhaps it was that. Perhaps it was an attack.”

Trump claimed Tuesday the tragedy was a bombing rather than an explosion, saying it was the appraisal offered to him by US generals with whom he said he conferred.

Asked if he was confident in his assessment that the blast was an attack and not an accident, Trump said “it would seem like it, based on the explosion.”

“I met with some of our great generals, and they just seem to feel that it was. This was not some kind of a manufacturing explosion type of event,” he said. “They would know better than I would, but they seem to think it was an attack, it was a bomb of some kind.”

Lebanese President Michel Aoun cited ammonium nitrate stored at the Port of Beirut as the source of the explosion, which was heard across the city and its suburbs and leveled a three-story building.

After multiple outlets quoted anonymous defense officials as saying there is not any evidence to support suggestions that the blast was an attack, US Defense Secretary Mark Esper said Wednesday that “most believe” the blast “was an accident.”

France to propose masks at work as infections rise