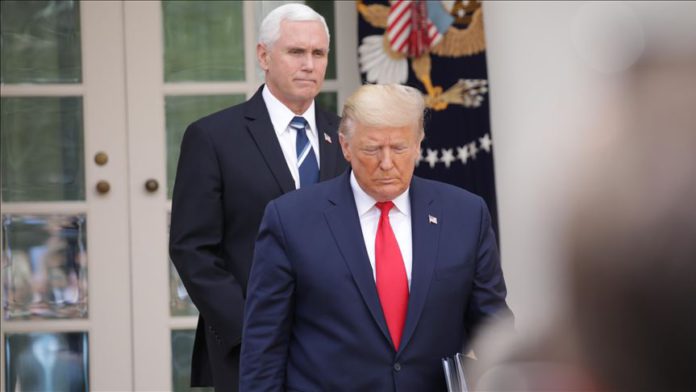 US President Donald Trump pledged Wednesday to eliminate payroll taxes in a move that could have far-reaching consequences for social safety net programs.

He said payroll taxes amount to “a lot of money” and that under his plan, “it’s going directly to the people” and would be a boon to companies.

“We will be terminating the payroll tax after I hopefully get elected,” Trump told reporters at the White House, suggesting that would boost take-home pay for workers by $5,000 per family.

Payroll taxes are used to fund the Medicare health insurance program and the Social Security Administration, which handles payments to retirees and disabled workers.

It is unclear how Trump would make up for the shortfall in the critical programs.

Under questioning from a reporter, Trump cited what he said will be “tremendous growth” if he is re-elected, but it is far from clear how that, if it materializes, would help to fund the government programs.

He also pointed to pulling the money from general government revenues, but a reporter pointed out that they are already running deficits nearing $3 trillion without the additional costs associated with the programs.

Trump over the weekend took executive action to defer the payroll tax, something he has long been seeking, citing the impasse with Congress on formulating a new coronavirus stimulus bill. But while his order may halt the payments for now, they are not being forgiven and would have to be made after year’s end.

The US Chamber of Commerce earlier Wednesday sent a letter to Treasury Secretary Steven Mnuchin asking him to clarify the order and its implementation.

“While the recently issued Executive Order (EO) on payroll tax deferral is well-intended to provide relief, it has raised serious concerns for both employers and employees,” wrote Caroline Harris, the Chamber’s vice president of tax policy and economic development.

“Not only is the payroll EO surrounded by uncertainty as to its application and implementation, it creates a substantial tax liability for employees at the end of the deferral period,” she added.

US secretary of state to visit France, Mexico next week

Hezbollah fires rockets at Israel in retaliation for air strikes