TurkishPress
Home Americas US & Canada Trump: US will designate ANTIFA as terror group 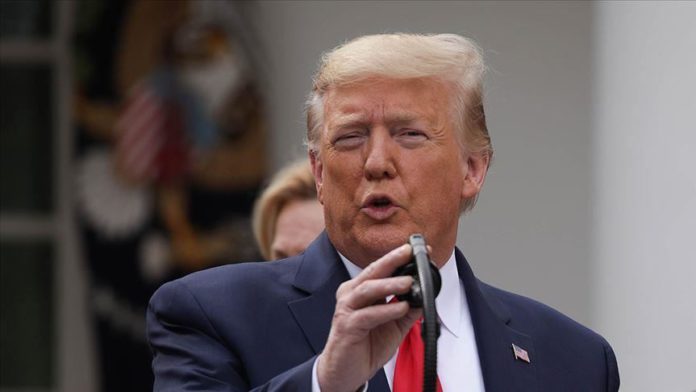 “The United States of America will be designating ANTIFA as a Terrorist Organization,” said Trump on Twitter.

The death of the unarmed black man in police custody prompted tens of thousands of people to take to the streets of major cities from Seattle to New York demanding an end to police brutality.

“The violence instigated and carried out by Antifa and other similar groups in connection with the rioting is domestic terrorism and will be treated accordingly,” Barr said in a statement.

The nation’s largest civil rights organization, the American Civil Liberties Union (ACLU), slammed Trump’s announcement and said there was no such legal authority for designating a domestic group as such.

Short for “antifascist,” Antifa became popular in the US following the white supremacist Unite the Right rally in Charlottesville, Virginia in August 2017.

It is composed of groups, networks and individuals who believe in aggressive opposition to far right-wing movements.

Floyd, 46, died after Derek Chauvin, a former white police officer, knelt on his neck and cut air passage for nearly nine minutes. His last were “I can’t breathe,” which became the slogan of the nationwide protests.

Floyd’s death has strong parallels to that of Eric Garner, who died during a fatal 2014 arrest in New York, also repeatedly pleading with officers, “I can’t breathe.”