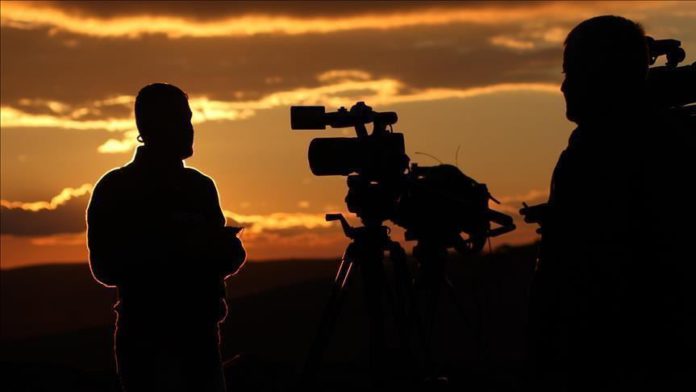 US President Donald Trump on Friday reiterated his call on the Syrian regime to work with Washington “to find and return” Austin Tice, a freelance American journalist who was kidnapped in 2012 while covering the early years of the Syria civil war.

Noting that today marks the eighth anniversary of the kidnapping, Trump said in a White House statement: “Earlier this year, I asked the government of Syria to work with us to find and return Austin. I am again calling on Syria to help us bring him home.”

He was referring to his remarks in mid-March when he requested cooperation from Syria on the matter.

“There is no higher priority in my Administration than the recovery and return of Americans missing abroad. The Tice family deserves answers. We stand with the Tice family and will not rest until we bring Austin home,” he added.

Tice’s whereabouts, as well as whether he has survived captivity, remain unknown. He was last seen in a video released one month after his 2012 capture where he was blindfolded and held by armed men. No group has confirmed it is holding Tice.

But the US suspects regime forces of carrying out his abduction and continuing to hold him incommunicado.

Trump later clarified that his remarks do not confirm that Tice is alive, saying “we’re trying to find that out.”

Tice served in the US Marine Corps and was deployed to Iraq and Afghanistan before working as a journalist.