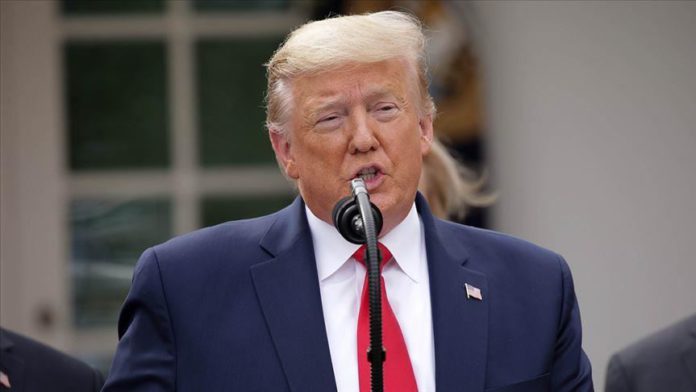 US President Donald Trump called on Michigan Gov. Gretchen Whitmer Friday to “make a deal” with armed anti-shutdown protesters after they stormed the statehouse.

“The Governor of Michigan should give a little, and put out the fire. These are very good people, but they are angry,” Trump said on Twitter, in an apparent bid to have Whitmer loosen her restrictions. “They want their lives back again, safely! See them, talk to them, make a deal.”

It is not the first time that Trump has thrown his support behind the predominantly white, right-wing movement as Whitmer seeks to contain the spread of the novel coronavirus within her state.

Constitutionally Whitmer has authority over her emergency health order and when to begin easing it, and she has been cautious about when she would do so over public health concerns. She has already slowly loosened restrictions, including on golfing and landscaping and is expected to sign off on an order Friday that would allow for construction to resume May 7, according to the Detroit News.

Detroit and its neighboring areas in Wayne County have been particularly hard-hit. Over half of the state’s 3,789 deaths have been recorded there.

The armed gunmen and other protesters who were unarmed stormed the State Capitol following an assembly outside, causing a chaotic scene as some state lawmakers posted photos and videos of the pandemonium on social media.

“Directly above me, men with rifles yelling at us. Some of my colleagues who own bullet proof vests are wearing them. I have never appreciated our Sergeants-at-Arms more than today,” Sen. Dayna Polehanki wrote on Twitter in a post accompanied by a picture of four white men, at least three of whom appeared to be armed, looking down menacingly at lawmakers.

People are allowed to carry firearms in the statehouse as long as they are not concealed.

Late Thursday after the scene at the statehouse settled down Whitmer bucked protester demands, issuing a new state of emergency declaration that will last until May 28.

Over a million Americans have been infected by the novel coronavirus nationwide, and a study by the Brookings Institute think tank found it is beginning to expand in rural areas that overwhelmingly support Trump.

“The group of counties that newly qualify as areas with a high prevalence of COVID-19 cases are even more dispersed, and represent places where Donald Trump gained more votes than Hillary Clinton in the 2016 presidential election,” the report says.

“This is occurring at a time when attitudes about the administration’s handling of the crisis—and particularly its stance over reopening state and local economies—has become polarized between the parts of the country where the pandemic has hit hardest and those yet to feel its full impact.”

US president calls Russia's Putin 'killer' with no soul