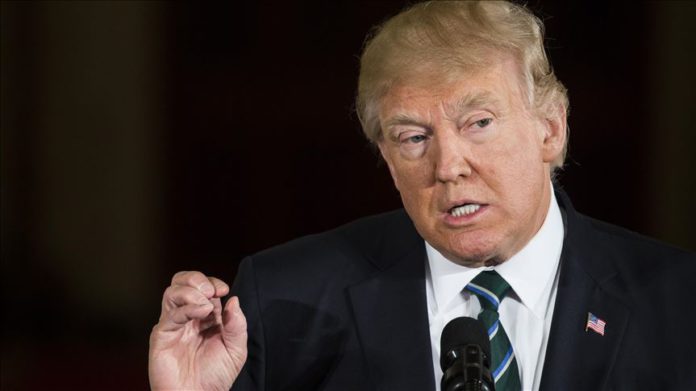 US President Donald Trump said Wednesday he will get a “full” report regarding the death of George Floyd, an unarmed black man who died at the hands of police officers in Minnesota.

He described the killing as a “very, very sad event.”

The 46-year-old man died Monday after one of the officers kneeled on his neck, despite Floyd’s repeated pleas that he could not breathe.

Video footage later emerged on Facebook showing him handcuffed and cooperating when he was initially arrested.

Four officers at the scene have been fired over the incident.

The incident sparked mass protests and an outcry against police brutality.

The protests turned into riots Tuesday after demonstrators surrounded the Minneapolis Police Department’s 3rd precinct. Windows of the building and police vehicles were smashed and vandalized with spray paint.

A number of politicians and celebrities condemned Floyd’s death on Twitter, calling it “racism and police brutality.”

Floyd’s death has strong parallels to that of Eric Garner, who died during a fatal 2014 arrest in New York, repeatedly telling the police “I can’t breathe.”