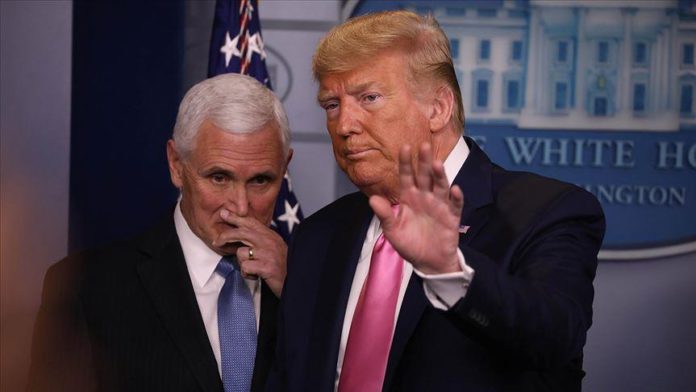 US President Donald Trump continued his pressure on Vice-President Mike Pence to get him to block a congressional certification session for President-elect Joe Biden’s election victory that will happen later Wednesday.

“States want to correct their votes, which they now know were based on irregularities and fraud, plus corrupt process never received legislative approval,” Trump said on Twitter. “All Mike Pence has to do is send them back to the States, AND WE WIN. Do it Mike, this is a time for extreme courage!”

“THE REPUBLICAN PARTY AND, MORE IMPORTANTLY, OUR COUNTRY, NEEDS THE PRESIDENCY MORE THAN EVER BEFORE – THE POWER OF THE VETO. STAY STRONG!,” he said.

Describing the American election process as “worse than that of third world countries,” Trump said: “They just happened to find 50,000 ballots late last night. The USA is embarrassed by fools.”

In another tweet, he claimed states want to redo their votes after “they found out they voted on a FRAUD” and added: “Legislatures never approved. Let them do it.”

Trump has urged Pence since Monday to take action.

Although the US Electoral College affirmed Biden’s electoral victory against Trump with 306-232 delegates, Trump has refused to concede and has continued with his allegations of widespread voter fraud.

Meanwhile, a massive pro-Trump “Stop the Steal” rally is taking place in Washington D.C. on Wednesday, demanding Congress not certify the results.

And media reports said a threat message sent through an air traffic control channel with a computer-generated voice threatened the US. “We are flying a plane into the Capitol Wednesday,” it said.

The message is under investigation by authorities.