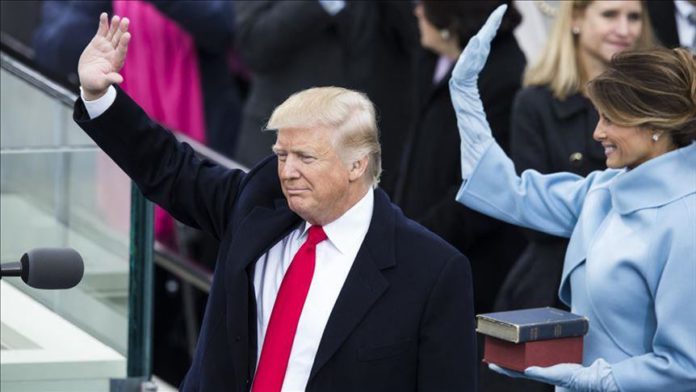 US President Donald Trump will attend a total of 14 rallies during the final three days of his campaign for the 2020 presidential election next Tuesday, his campaign announced Friday.

The Republican president is behind his opponent Democratic nominee Joe Biden in most polls, and he aims to visit some important swing states to gain traction in the final stretch of the presidential race.

On Saturday, Trump is scheduled to hold four rallies among different regions in the state of Pennsylvania where he is behind Biden by 7 points, according to the latest polls by opinion analysis website FiveThirtyEight.

In the 2016 presidential election, Trump won the Keystone State against Democratic contender Hillary Clinton by a margin of 0.72%, and gained the states’ 20 electoral votes.

On Sunday, Trump will hold five rallies in five states — Michigan, Iowa, North Carolina, Georgia and Florida — all he had won in 2016 but now trailing Biden.

Trump is behind Biden by 13 points in Michigan, 2 points in Iowa, 6 points in North Carolina, 2 points in Georgia, and 7 points in Florida. The five states have combined electoral votes of 82.

And, on Monday, Trump will hold five rallies, one each in North Carolina, Pennsylvania and Wisconsin, and two later in Michigan.

Trump had surprisingly won Wisconsin in 2016 against Clinton by a margin of 0.77% to gain 10 electoral votes, but this time he is behind Biden by 9 points in the Badger State.

“On my way to MICHIGAN, WISCONSIN, and MINNESOTA!” Trump wrote Friday on Twitter, and told reporters before leaving the White House that he may even travel to campaign on Election Day on Nov. 3.