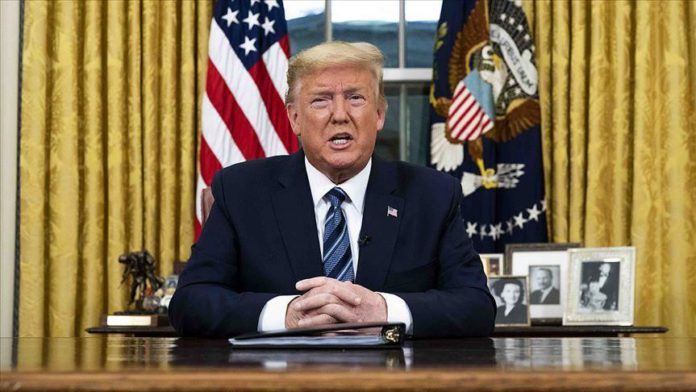 President Donald Trump warned people planning to protest his rally in Tulsa, Oklahoma on Saturday, saying local authorities will not treat them nicely during nationwide protests over death of George Floyd.

“Any protesters, anarchists, agitators, looters or lowlifes who are going to Oklahoma please understand, you will not be treated like you have been in New York, Seattle, or Minneapolis,” Trump tweeted Friday. “It will be a much different scene!”

Trump has criticized officials in New York, Seattle, and Minneapolis for not using the National Guard or taking other harsh measures to crack down the Black Lives Matter protests that erupted against racism and police brutality after Floyd’s death.

Trump’s campaign expects more than 100,000 of his supporters to attend the rally, his first major campaign event since March, when lockdown measures were adopted.

The campaign has faced criticism for holding the rally fearing it could result in a mass outbreak of the coronavirus, which has already killed nearly 120,000 Americans.

However, Trump is determined to see it happen.

The city has announced a curfew for Friday and Saturday to prevent violent protesting around the event.