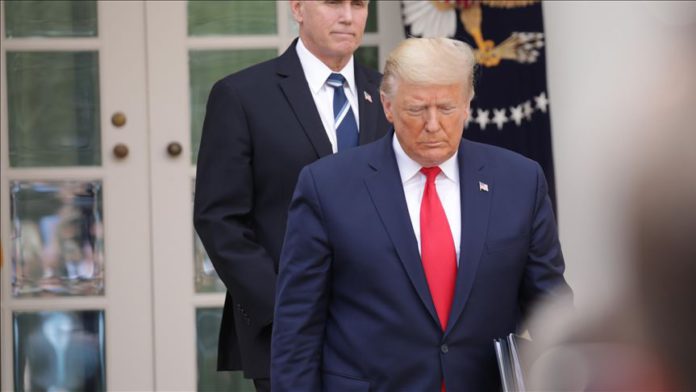 US President Donald Trump signed an executive order Monday that bars many new employment-based visas from being issued this year, including the type of visas generally used for high-skilled workers.

In addition to H1-B visas, Trump’s order bars his administration from issuing new H-4 visas for the spouses of H-1B and H-2B visa holders, H-2B visas for seasonal workers and L visas for executives at large companies for the remainder of the year.

J visas for education immigration will also be halted.

Those who already have valid visas will not be affected, even if they are currently outside of the US. But over half a million people are expected to be prevented from entering the country legally on the employment visas, a senior administration official told reporters ahead of the order’s official unveiling.

The decision to block the new visas is a protectionist effort by the president to shield American workers from foreign competition for jobs as the US struggles to recover from the economic devastation caused by the coronavirus pandemic.

Trump has long touted a hard line on migration to the US, both legal and illegal, and has ramped up his anti-immigrant rhetoric heading into Nov. 3’s presidential election, where he is set to face presumptive Democratic nominee Joe Biden.

Trump in April issued another executive order to halt all legal permanent immigration to the US for at least 60 days.

That order only applied to those seeking permanent residency, meaning green card-seekers, but did not apply to individuals seeking US entry on a temporary basis. But he later acknowledged that he was considering additional orders that could further narrow eligibility for US entry.

Millions of Americans lost their jobs amid the pandemic as various state governors ordered non-essential businesses to halt operations, and many businesses that were deemed essential were ordered to operate on a reduced basis.

Unemployment continues to exceed 13% in the US.