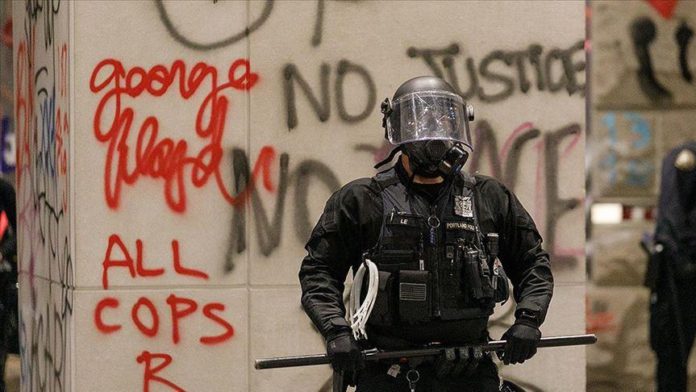 US President Donald Trump told state governors during a teleconference call Monday to “dominate” protesters as demonstrations over the death of an unarmed, handcuffed black man in police custody continue to reverberate nationwide.

Trump repeatedly berated the state leaders, calling them “weak” and telling governors to “take back your streets,” according to multiple reports that cited anonymous sources with knowledge of the conversation.

“You have to dominate,” he told governors, according to the New York Times. “If you don’t dominate, you’re wasting your time — they’re going to run over you, you’re going to look like a bunch of jerks.”

Trump has not spoken about the unrest publicly since Saturday afternoon as protests have continued to persist in metropolises nationwide, some within feet (meters) of the executive mansion, which turned off its exterior lighting as demonstrations turned violent Sunday evening.

The demonstrations were spawn by the death of George Floyd, 46, who died May 25 during an arrest after a since-fired police officer knelt on his neck for nearly nine minutes, refusing to heed Floyd’s pleas that he could not breathe before he appeared to fall unconscious.

About half of the 50 states and the nation’s capital have activated the National Guard.

The president has no scheduled public appearances Monday, though his spokeswoman is expected to address reporters Monday afternoon.