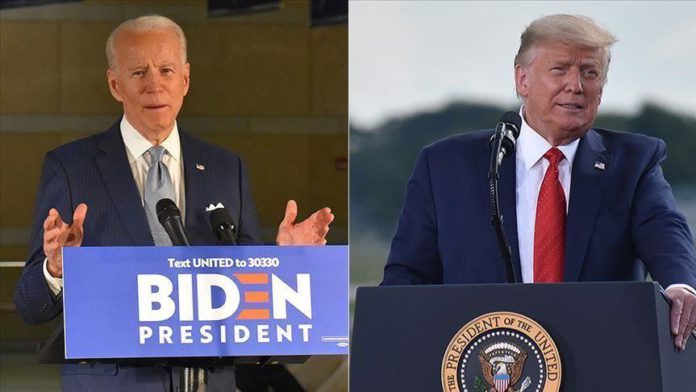 Hours before the first presidential debate between US President Donald Trump and Democratic nominee Joe Biden, both sides demanded changes in the face-off, according to a report Tuesday.

Sources told Fox News that the Trump camp is demanding from the Biden campaign to allow a third party to inspect the ears of each debater for electronic devices or transmitters. Biden has not yet committed to the change.

In recent weeks, Biden’s team asked for two breaks during the 90-minute discussion — a change rejected by the Trump campaign.
An official from the president’s team said Trump “doesn’t need breaks. He gives 90-minute speeches all the time.”

The source added that negotiations on debates, including the one requested Tuesday, continue between the parties.

The showdown kickstarts the final stretch of the race for the White House with Biden continuing to hold a lead on the president with nearly one month before the Nov. 3 election.

Debate topics are slated to include each nominee’s record, the Supreme Court, coronavirus, economy, race and violence in cities and election integrity. Democratic sources say Biden will raise the issue of Trump’s tax returns frequently.

It will be followed by US Vice President Mike Pence and Senator Kamala Harris facing off Oct. 7 in the sole vice presidential debate.

Trump and Biden will again take to the debate stage Oct. 15 and Oct. 22 in the final two debates.