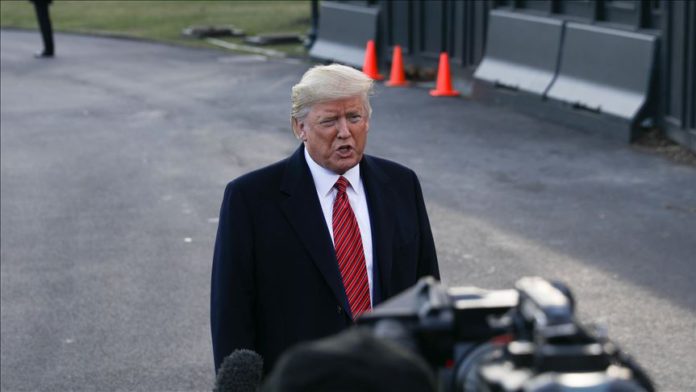 US President Donald Trump moved Thursday to roll back legal protections for social media companies after Twitter labeled two of his posts “potentially misleading” and urged users to fact-check the information.

Trump has repeatedly accused social media companies of attempting to censor conservative speech and said while signing the order, “we’re here today to defend free speech from one of the greatest dangers it has faced in American history.”

The president said the fact-checks Twitter applied to his posts were “editorial decisions,” claiming that the likes of Twitter and Facebook have had “unchecked power to censor, restrict, edit, shape, hide, alter virtually any form of communication between private citizens or large public audiences.”

“There’s no precedent in American history for so small a number of corporations to control so large a sphere of human interaction,” he said.

His executive order calls for new regulations to be imposed on part of a largely defunct 1996 law that has been used to protect internet companies from lawsuits.

Section 230 is one of the few remaining parts of the Communications Decency Act (CDA) that was largely struck down by the Supreme Court over free speech concerns.

“This legal and policy framework has allowed for YouTube and Vimeo users to upload their own videos, Amazon and Yelp to offer countless user reviews, craigslist to host classified ads, and Facebook and Twitter to offer social networking to hundreds of millions of Internet users,” the EFF said, describing its far-reaching applications.

It also has allowed blog websites to host comment sections and not be held liable for what is posted within.

“In short, CDA 230 is perhaps the most influential law to protect the kind of innovation that has allowed the Internet to thrive since 1996,” it added, using an acronym for the law’s name.

Trump said his order instructs the Federal Trade Commission to prevent social media companies from engaging in what he called “any deceptive acts or practices affecting commerce.”

A copy of Trump’s order had not been made immediately available by the White House.

Twitter on Tuesday labeled two of Trump’s tweets on mail-in voting “potentially misleading” after the president made unsubstantiated claims that if states move to institute widespread mail-in balloting for November’s nationwide elections amid the coronavirus pandemic, “It would be a free for all on cheating, forgery and the theft of Ballots.”

Twitter accompanied the posts with fact-checks from media websites.

But data from the conservative Heritage Foundation thinktank had similarly skeptical take-aways. Its database of election fraud in the past 20 years counts just 206 cases of absentee, or mail-in, ballot fraud, roughly a little more than 10 instances per year.

In perspective, there were nearly 2,300 cases of confirmed voter fraud during the span covered by the foundation.

Trump’s order is almost certain to set up wide-ranging legal showdowns, a fact he acknowledged when signing the order, but said “I think we’re going to do very well.”

Twitter CEO Jack Dorsey has stood by his company’s actions, saying in late Wednesday posts that the microblogging website will “continue to point out incorrect or disputed information about elections globally.”

“This does not make us an ‘arbiter of truth,'” Dorsey said. “The tweets yesterday may mislead people into thinking they don’t need to register to get a ballot (only registered voters receive ballots).”

Dorsey was referring to part of one of Trump’s tweets in which the president claimed California “is sending Ballots to millions of people. Anyone living in the state, no matter who they are or how they got there, will get one.”

California Gov. Gavin Newsom signed an executive order in early May sending all registered voters mail-in ballots in an effort to ensure citizens can vote in November’s elections without fear of contracting the coronavirus.

Newsom’s order does not send ballots to “anyone living in the state,” as the president suggested and as Twitter pointed out by way of a media article that it showed to people who clicked on a link telling readers to “Get the facts about mail-in ballots.”

Asked why he does not just delete his Twitter account rather than take up what could be a costly legal battle, Trump said he “would do this in a heartbeat” if “we had a fair press in this country.”

“There’s nothing I’d rather do than get rid of my whole Twitter account. But I’m able to get to I guess 186 million people when you add up all the different accounts, and add Facebook and Instagram,” he said. 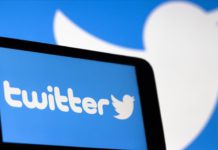 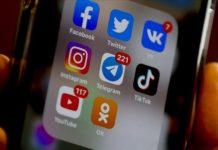 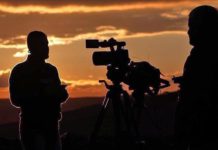