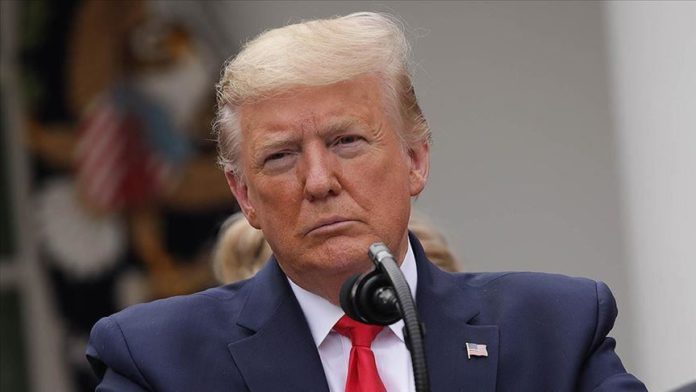 “Domestic Terrorists have taken over Seattle, run by Radical Left Democrats, of course. LAW & ORDER,” Trump said in one of his last tweets for the day.

In a separate tweet, he urged Washington Governor Jay Inslee and Seattle Mayor Jenny Durkan to take back the control of the city.

“Radical Left Governor @JayInslee and the Mayor of Seattle are being taunted and played at a level that our great Country has never seen before,” Trump said. “Take back your city NOW. If you don’t do it, I will. This is not a game. These ugly Anarchists must be stooped IMMEDIATELY. MOVE FAST!”

Durkan responded to Trump’s tweet by saying: “Make us all safe. Go back to your bunker. #BlackLivesMatter”

Hundreds of protesters stormed Seattle’s City Hall Tuesday night to demand Durkan’s resignation, days after seizing a six-block around East Precinct with no current police presence, which was named “Capitol Hill Autonomous Zone” by the demonstrators.

Protesters remain peaceful but are ramping aup pressure on Durkan to resign if she refuses to defund the city’s police department.

Floyd, 46, an unarmed black man, died after then police officer Derek Chauvin knelt on his neck for nearly nine minutes as he was being arrested May 25 in Minneapolis, Minnesota for reportedly attempting to use a counterfeit $20 bill at a local store.