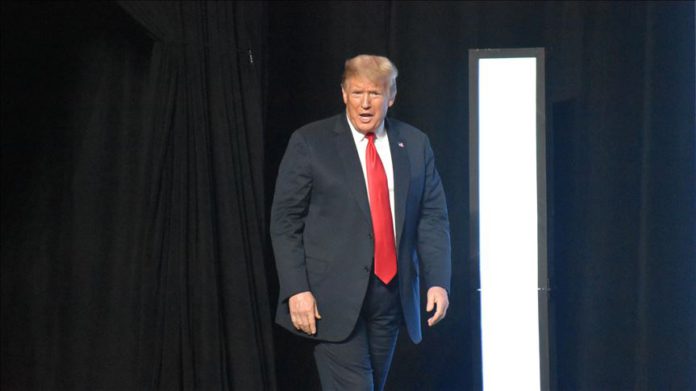 US President Donald Trump weighed in on Democratic presidential nominee Joe Biden’s choice of Senator Kamala Harris as his running mate Tuesday, saying he was surprised by the decision.

In a press briefing at the White House, Trump said Harris wants to raise taxes, establish socialized medicine, slash funds for the military and take away fracking.

“She was nastier than probably Pocahontas to Joe Biden” during the Democratic primary debates in 2019, he said, referring to Senator Elizabeth Warren.

“She said things during the debates, during the Democrat primary debates that were horrible about Sleepy Joe.”

Trump also focused on police defunding and his administration’s response to the coronavirus, which he repeatedly referred to as the “China virus.”

He also announced that the government will purchase 100 million doses of US biotechnology company Moderna’s experimental coronavirus vaccine, which is currently in late-stage human trials.

Trump then cited statistics about coronavirus cases in other countries, claiming that right now, the US is handling the pandemic better than anyone else, including Europe and Latin America.

“Last week, France and Germany both recorded their highest daily number of new cases in three months,” he claimed. “Not that I want to bring that up, but might as well explain it to the media.”

The US topped 5 million COVID-19 cases over the weekend, which means the country has about a quarter of global cases and also tops the list with the most reported deaths.

Trump also insisted once again that college football players should start playing, explaining that they are less likely to be severely impacted from the coronavirus because they’re “young, strong people.”

“Most of them will never get it, statistically. But we know we’ll see more cases at some point, and we will eventually develop sufficient immunity in addition to everything else that we’re doing,” he claimed. “So college football, get out there and play football. People want to see it.”