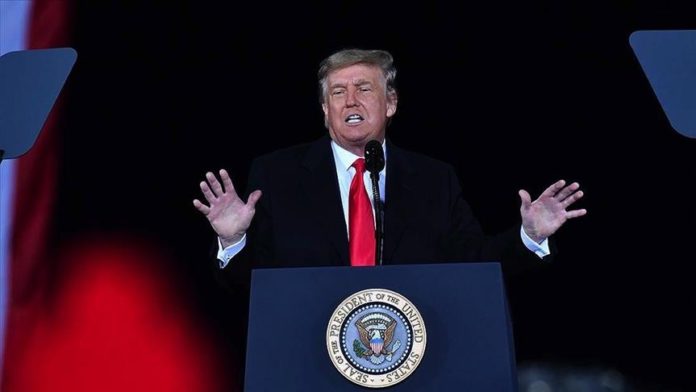 Former US President Donald Trump slammed his successor Joe Biden on Sunday, claiming the Democratic leader had the most disastrous first month of any president in US history.

“In one short month, we have gone from America First to America Last,” Trump said at the Conservative Political Action Conference (CPAC) on Sunday, which marked his first major speech since leaving the White House.

He called the Biden administration’s policies “anti-jobs, anti-families, anti-border, anti-energy, anti-women and anti-science,” adding “It took the new administration only a few weeks to turn this unprecedented accomplishment into a self-inflicted humanitarian and national security disaster.”

Trump, on the other hand, vehemently denied reports that he would establish his own political party.

“I am not starting a new party. That was fake news … Wouldn’t that be brilliant? Let’s start a new party and let’s divide our vote so that you can never win. No, we’re not interested in that … We have the Republican Party. It’s going to unite and be stronger than ever before,” he said.

“For the next four years, the brave Republicans in this room will be at the heart of the effort to oppose the radical Democrats, the fake news media, and their toxic cancel culture,” Trump continued. “And I want you to know that I am going to continue to fight right by your side,” he added.

A massive 59% of Republicans said they wanted Trump to play a major role in their party going forward, according to a poll by Politico and Morning Consult last month.

US: 4 test positive for COVID-19 at Republican event