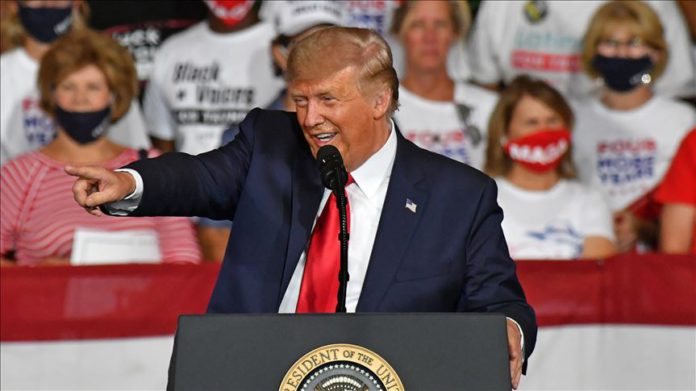 US President Donald Trump hinted Thursday he would not allow any changes to the rules governing presidential debates, claiming he emerged victorious from the first round.

“Why would I allow the Debate Commission to change the rules for the second and third Debates when I easily won last time?” Trump said on Twitter, apparently asking rhetorically.

The claim comes after the nonpartisan committee that oversees the presidential debates said Thursday it would impose new rules after the first debate Tuesday night repeatedly broke down as the candidates interrupted one another, particularly Trump as he repeatedly spoke over Democratic nominee Joe Biden.

“Mr. President, please stop,” Wallace said during one of dozens of times the president interrupted Biden. “The country would be better served if we allowed both people to speak with fewer interruptions. I am appealing to you, sir, to do that.”

Despite the verbal castigation, the president, and to a lesser extent, Biden, continued to interrupt one another.

The Commission on Presidential Debates (CPD) said on Wednesday the performance “made clear that additional structure should be added to the format of the remaining debates to ensure a more orderly discussion of the issues.”

“The CPD will be carefully considering the changes that it will adopt and will announce those measures shortly,” it said. “The Commission is grateful to Chris Wallace for the professionalism and skill he brought to last night’s debate and intends to ensure that additional tools to maintain order are in place for the remaining debates.”

It did not elaborate on what changes it is weighing, but multiple media reports said it is considering granting the moderator of future debates the power to cut either candidate’s microphone if they speak over one another.

An anonymous source told CBS News the new rules, which are expected to be considered for the next two days, would not be subject to negotiation.

The next presidential debate, which will be held Oct. 15, will be held in a town hall format, while the final showdown on Oct. 22 is expected to have a format similar to that on Tuesday evening.