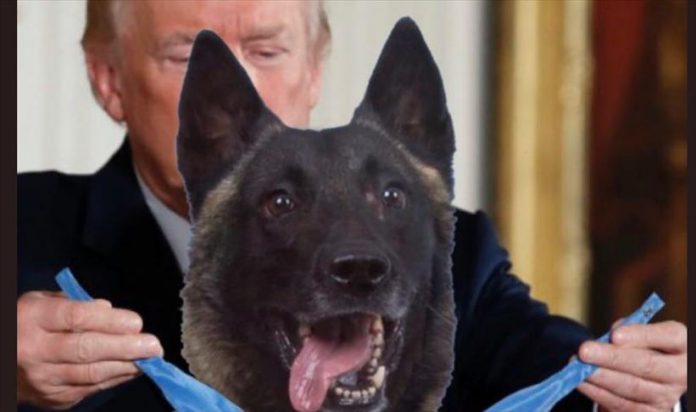 U.S. President Donald Trump shared Wednesday an apparent fake photograph of himself awarding a medal to the dog who chased Daesh/ISIS chief Abu Bakr al-Baghdadi in his final moments.

The image, which appears to be a modified version of an Associated Press photo from a 2017 Medal of Honor ceremony, bears a watermark from the conservative Daily Wire news website.