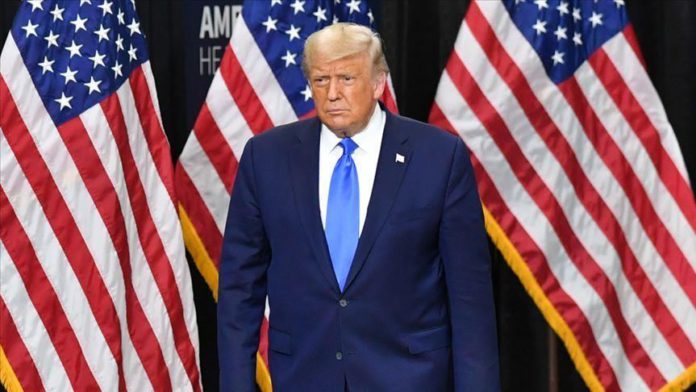 US President Donald Trump’s decision to pick federal appeals court Judge Amy Coney Barret makes one thing abundantly clear: he prioritizes above all else his conservative base.

Trump and his Republican allies have extolled Barrett as an expert jurist whose confirmation is a top priority even as lawmakers struggle to make headway on other vital issues, including a badly-needed coronavirus relief bill amid staggering unemployment levels.

In addition to her work on the bench that Trump appointed her to in 2017, Barrett is a professor of law at the prestigious Notre Dame University in Indiana where she focuses her teaching and research on constitutional law and statutory interpretation, according to the school’s website.

Early in her legal career, Barrett clerked for late Supreme Court Justice Antonin Scalia, a staunch conservative jurist who was a proponent of an originalist reading of the Constitution, a view shared by Barrett.

Originalism is a doctrine largely held by conservatives which holds that constitutional interpretation should be based on how the text would have been read at the time of its creation.

Should Barrett be confirmed to America’s top court, whose word on matters of national importance establishes the law of the land, the body would shift decidedly conservative 6-3 following the passing of late Justice Ruth Bader Ginsburg, the former leader of the bench’s liberal wing.

Lagging behind in the polls, Trump nominated Barrett in the hopes of energizing his conservative supporters – though whether or not that has materialized is a matter of much debate as Barrett’s nomination is rife with controversy.

Republicans blocked in 2016 Circuit Court Judge Merrick Garland, former US President Barack Obama’s top court nominee, to fill the spot left by Scalia’s death. Garland was prevented from receiving a hearing under the Republican pretense that it would be improper to advance a nominee during an election year.

Predictably to some, the party has backtracked on that position this year, maintaining that because Republicans hold the White House and Senate they have a mandate to confirm Ginsburg’s replacement even as she death came less than two months before Election Day. Obama nominated Garland in March 2016, and his nomination was left in the throes of a partisan blockade for most of the year.

Most Americans, or 56%, believe the Supreme Court vacancy left by Ginsburg’s death should not be filled until after the Nov. 3 presidential election, according to a New York Times/Siena College poll. A little more than 40% want the spot filled now.

Republicans, however, have vowed to press on from Monday on.

That is in part due to Barrett’s past writings and rulings that indicate she would toe many lines important to the party and to conservatives more broadly.

Not least of those are abortion rights, and the 1973 case that enshrined them: Roe v. Wade.

Writing in 2013 in the student-edited Texas Law Review, Barrett, who is Catholic, said she “tends to agree” with those who believe “that a justice’s duty is to the Constitution and that it is thus more legitimate for her to enforce her best understanding of the Constitution rather than a precedent she thinks clearly in conflict with it.”

That would appear to indicate that she does not believe past court decisions are matters of settled law.

Addressing Roe v. Wade in particular in the article, Barrett wrote that the public’s discourse over the “controversial” case is indicative of “public rejection of the proposition that stare decisis can declare a permanent victor in a divisive constitutional struggle rather than desire that precedent remain forever unchanging.”

Stare decisis, Latin for “to stand by things decided,” refers to the legal principle that past rulings establish precedent.

She additionally signed on to a 2016 advertisement that opposed what it called “abortion on demand,” further charging, “It’s time to put an end to the barbaric legacy of Roe v. Wade and restore laws that protect the lives of unborn children.”

“The Supreme Court’s Roe v. Wade decision legalized abortion for any reason. Now, after more than 32 years under Roe more than 47 million unborn children have been aborted. The majority of those abortions were performed for social reasons,” the advertisement said, according to media reports covering its discovery.

On health care, many Democrats have maintained that Barrett would be a fell for former President Barack Obama’s universal health care law, the Affordable Care Act (ACA).

Democratic presidential nominee Joe Biden, who served as Obama’s vice president, said as much during the first presidential debate when he cast her as a direct threat to the act.

“It’s no mystery what is happening here. President Trump is trying to throw out the Affordable Care Act,” Biden charged. “The judge has a written track record of disagreeing adamantly with the Supreme Court’s decisions on two occasions decisions upholding the ACA.”

Biden pointed to Barrett’s comments from 2017 in which she criticized Chief Justice John Roberts for upholding the law’s individual mandate requiring Americans to purchase health care.

In the essay, published in a journal affiliated with Notre Dame’s law school, Barrett accuses Roberts of having “pushed the Affordable Care Act beyond its plausible meaning to save the statute.”

Still, it is not clear if Barrett would rule to axe the law, which Trump has worked to roll back during his first term.

Barrett has a history of backing gun rights, but has only one case where she has weighed in on the matter from the bench.

In it, she dissented from a 2019 appeals court ruling that upheld a blanket ban on convicted felons possessing firearms.

“History is consistent with common sense: it demonstrates that legislatures have the power to prohibit dangerous people from possessing guns. But that power extends only to people who are dangerous. Founding-era legislatures did not strip felons of the right to bear arms simply because of their status as felons,” she wrote in explaining her lone opposition.

Barrett’s Second Amendment positions have earned her the support of the National Rifle Association, one of the most powerful lobbying groups on Capitol Hill.

“Judge Barrett’s record demonstrates a steadfast commitment to the fundamental rights enshrined in our Constitution,” the group said in a statement announcing its backing.

The president’s COVID-19 diagnosis, as well as those of prominent Republicans who attended the ceremony where Trump announced his top court pick, has thrown Barrett’s confirmation into uncertainty.

Senators Mike Lee and Thom Tillis have tested positive after attending the event. Both lawmakers sit on the Judiciary Committee where Barrett’s nomination will first be heard before likely being referred to the wider Senate for a confirmation vote.

Republican Senator Ron Johnson has also tested positive. All three will be important in a final floor vote in the Senate as all Democrats are expected to stand in opposition.

Lindsey Graham, the Republican senator who chairs the committee, has vowed to maintain the Oct. 12 start date for the three- to four-day hearing.

The White House did not respond to emails asking for its assessment on whether Barrett will be confirmed before the Nov. 3 election.

Barret is married to Jesse Barrett, an attorney. The couple have seven children, including two who were adopted from Haiti.