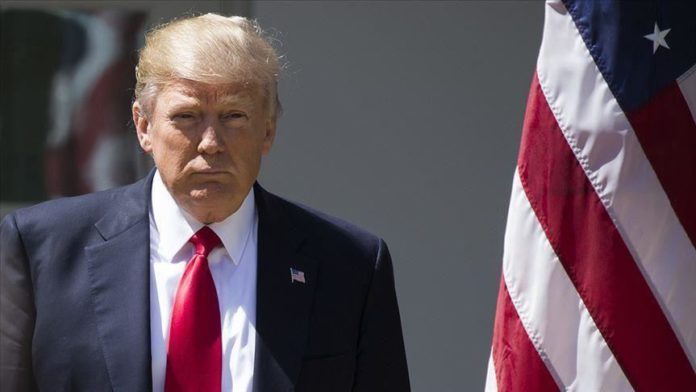 President Donald Trump is seeking to broker a nuclear arms control pact with Russia prior to the US’s Nov. 3 election, according to a report published Friday.

Citing anonymous sources familiar with the discussions, the Axios news website reported that Trump and Russian President Vladimir Putin have built momentum on the deal during recent conversations and it could be completed within a week.

The prospective agreement would include limits on each country’s nuclear arsenal and a rougher agreement on a more in-depth arms control treaty.

Russia warned in September the US that unless it stopped giving “ultimatums” on the extension of the treaty Moscow would back out of the agreement altogether.

Among the demands is Trump’s insistence that China be brought into the fold as part of a new trilateral pact.

The Axios report notes that Democratic presidential nominee Joe Biden is likely to extend the treaty with Russia should he emerge victorious on Nov. 3, but adds that should Trump win re-election his chief negotiator has indicated the US would use its position to seek greater concessions from Moscow.

Noting that China’s inclusion remains an obstacle in the potential arms control framework agreement, Axios says that while Russia is not ruling out Beijing’s entry it would also like to see the UK and France included.

It is also unclear if Putin would prefer to wait out Election Day to see if Biden is able to seize on his substantial nationwide lead in polling to claim victory.