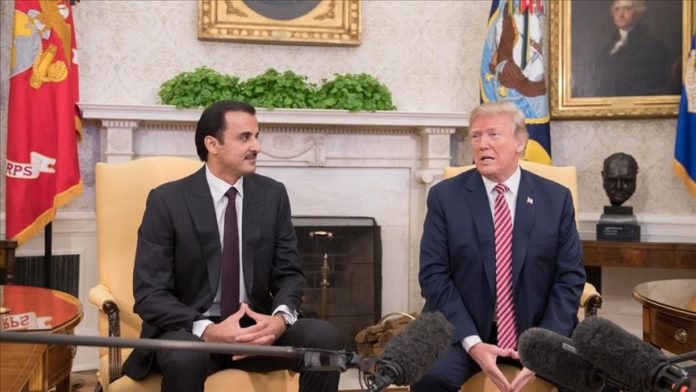 Trump “encouraged the Amir to take steps toward resolving the Gulf rift in order to work together to defeat the virus, minimize its economic impact, and focus on critical regional issues,” spokesman Judd Deere said in a statement.

Trump also thanked al-Thani for his efforts to resolve the Afghan conflict, and the two leaders agreed on the importance of the Taliban “reducing violence and continuing discussions on prisoner

West Bank annexation to cause 'new wave of extremism'

June 27, 2020
We use cookies to ensure that we give you the best experience on our website. If you continue to use this site we will assume that you are happy with it.Ok