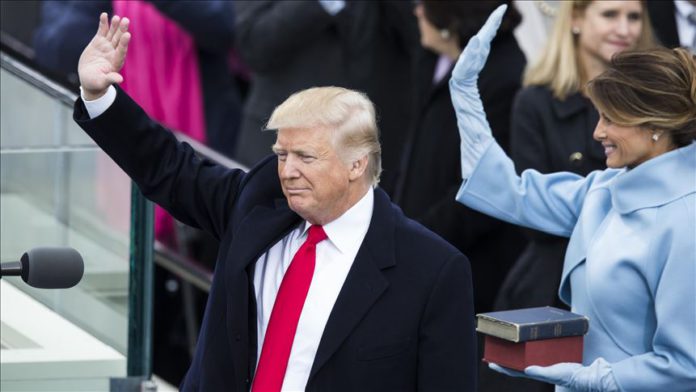 US President Donald Trump said Thursday he will accept a peaceful transfer of power if his Democratic rival wins the presidency on Nov. 3 but insisted he wants to see “an honest election.”

“They try to take down a duly-elected, sitting president, and then talk about ‘will you accept a peaceful transition?’ — and the answer is yes, I will, but I want it to be an honest election, and so does everybody else,” the president said during an NBC News-hosted town hall in Miami, Florida.

He previously repeatedly balked at committing to a peaceful transfer, a hallmark of the US electoral system, over so far unsubstantiated claims of fraud tied to mail-in voting, which is being used at a likely historic rate amid the coronavirus pandemic.

Trump has repeatedly sought to frame investigations into his campaign, including potential collusion with Russia, as a deep state plot against him staged by Democrats and their sympathizers.

“It’s sort of ironic that you and them talk about the peaceful transfer when I spent three and a half years fighting off these maniacs,” he told host Savannah Guthrie. “Peaceful transfer? I absolutely want that. But ideally, I don’t want to transfer, because I want to win.