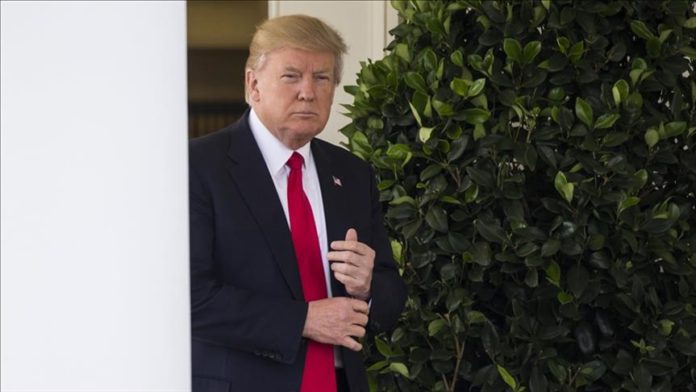 US President Donald Trump on Tuesday has continued his criticism against more than $740 billion defense spending bill that he vetoed, but diverted his focus more heavily on Section 230.

“Weak and tired Republican ‘leadership’ will allow the bad Defense Bill to pass. Say goodbye to VITAL Section 230 termination, your National Monuments, Forts (names!) and Treasures (inserted by Elizabeth “Pocahontas” Warren), 5G, and our great soldiers…. ” he wrote on Twitter.

” ….being removed and brought home from foreign lands who do NOTHING for us. A disgraceful act of cowardice and total submission by weak people to Big Tech. Negotiate a better Bill, or get better leaders, NOW! Senate should not approve NDAA until fixed!!!” he added.

The House of Representatives voted 322-87 on Monday to overwhelmingly override Trump’s veto before the Senate is expected to vote Tuesday requiring two-thirds support from lawmakers to overrule against the outgoing president’s decision.

Trump and some Republicans, in their criticism, have so far focused on Section 230, one of the few remaining parts of the Communications Decency Act — a 1996 law that protects internet companies from liability of content but diverges responsibility to users.

Although the act was largely struck down by the Supreme Court over free speech concerns, Trump argues that social media companies have been censoring conservative and Republican narratives.

Trump’s opponents, on the other hand, claim that Trump wants to modify or repeal Section 230 as a retaliation against Facebook and Twitter for their alleged bias against the president during his tenure in the White House, his re-election campaign, and in the post-election period.

On Dec. 23, Trump called Section 230 a “dangerous national security risk” in a statement, adding it “facilitates the spread of foreign disinformation online, which is a serious threat to our national security.”