TurkishPress
Home Americas US & Canada Trump says US police will not be disbanded, defunded 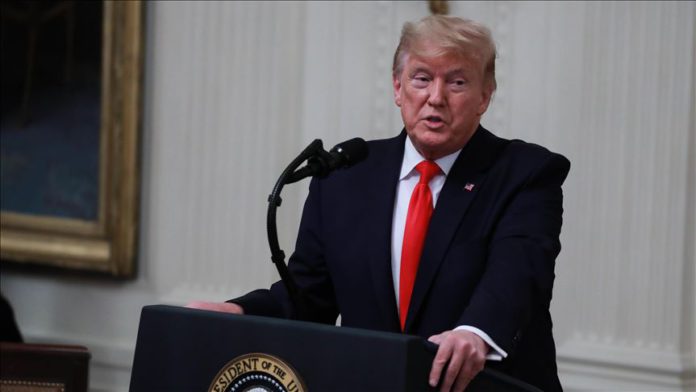 Amid a growing chorus of calls for police departments across the country to be either disbanded or defunded, US President Donald Trump said Monday neither will happen.

“Our police have been letting us live in peace and we want to make sure we don’t have any bad actors in there and sometimes we’ll see some horrible things like we witnessed recently but I say 99.9 – let’s go with 99% of them – great, great people and they’ve done jobs that are record setting,” he added.

The May 25 death of George Floyd has elicited widespread outrage against police brutality and racial injustice that has manifested in continuing nationwide protests that occasionally devolved into violence and looting.

Bystander footage of the fatal arrest appears to show Floyd in handcuffs, laying pinned to the ground as an officer kneels on his neck for nearly nine minutes, ignoring pleas that he cannot breathe. Derek Chauvin, the fired officer, continues to hold Floyd, who was black, in the position even after he appears to lose consciousness.

Floyd’s death, as well as repeated scenes of heavy-handed police crackdowns on demonstrators, have resulted in increased calls in cities nationwide for police departments to be defunded, or dissolved altogether.

In Minneapolis, Minnesota, the city where Floyd died, a majority of City Council members have said they support disbanding the local police department. Mayor Jacob Frey has voiced opposition to the proposal, however.